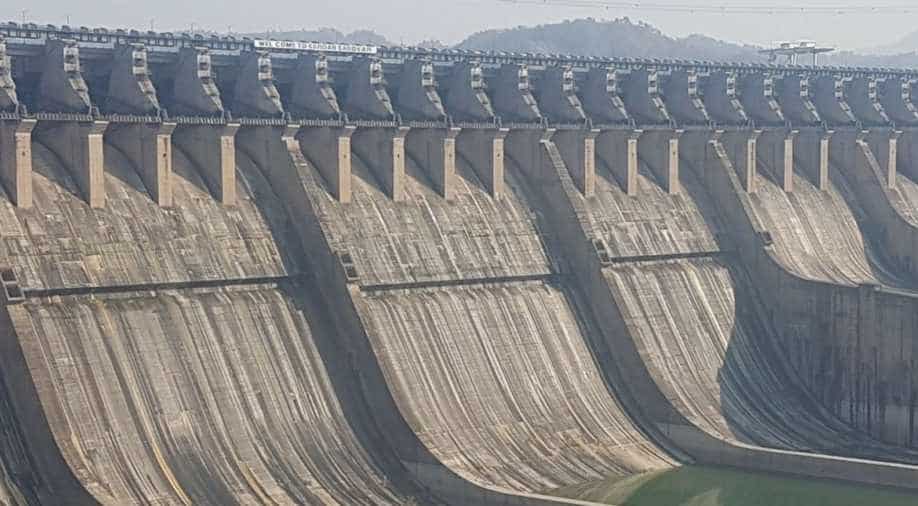 The Sardar Sarovar Dam on the Narmada river near Navagam, Gujarat. Photograph:( WION )

The Supreme Court on Thursday asked high-powered Committee comprising Chief Ministers of Madhya Pradesh, Gujarat, Rajasthan and Maharashtra, and Narmada Control Authority to resolve the issue of the rising water-level of Sardar Sarovar Dam, which is leading to submergence of villages.

A Bench headed by Justice NV Ramana said it will hear the matter on October 1.

The court was hearing a plea filed by people affected by submergence in Sardar Sarovar Dam.

The petition deals with the rehabilitation of people due to submergence as well as the water level to be maintained in the Sardar Sarovar Dam in Gujarat.

As many as 178 villages have been affected that caused the human calamity of the worst kind, petition said.

People are affected by submergence in Sardar Sarovar due to direction given by the Narmada Control Authority contrary to Narmada Tribunal`s Award (NWDTA) and earlier judgments of the top court, wherein it is mandated that no submergence should take place without rehabilitation, petition said.

It further stated that Sardar Sarovar being an inter-state project, terms and conditions of the award are binding on the states -Gujarat, Madhya Pradesh, Rajasthan and Maharashtra.

By February 2017, the complete resettlement and rehabilitation should have been done, but it did not happen and due to the illegal decision, water started rising in the reservoir and was raised to reach the full reservoir level of 138.68 meter on September 2017, plea stated.