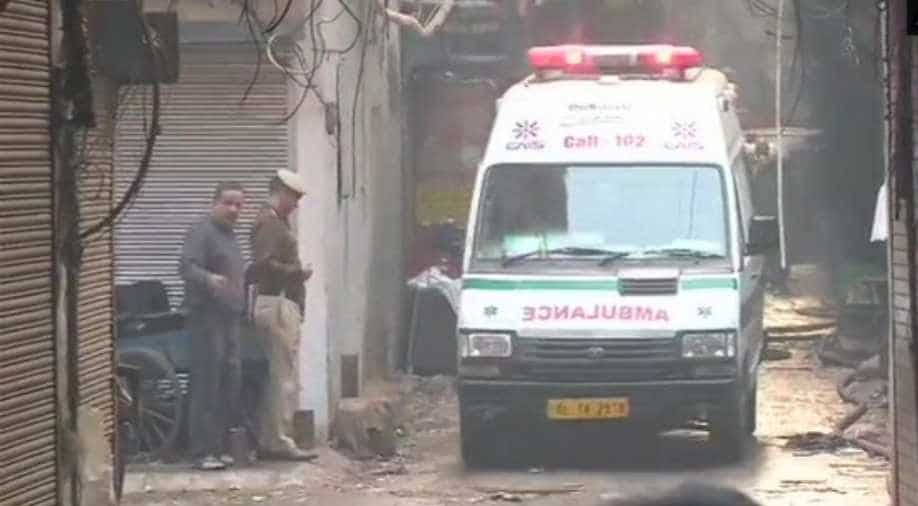 Fire broke out at a house in Anaj Mandi, Rani Jhansi Road in the early morning hours of Sunday. Photograph:( ANI )

Around 62 people were taken out by fire tenders from the building that caught fire in the wee hours of Sunday.

Smoke inhalation and suffocation are the major reasons behind the deaths of people in the fire that broke out in Anaj Mandi at Rani Jhansi Road in Delhi, said Lok Nayak Hospital's Medical Director (MD), Dr Kishore Singh on Sunday.

"34 people were brought dead to the hospital. Deaths have been mostly due to smoke inhalation and suffocation," Singh told ANI here.

Speaking about the condition of the injured, Singh said 15 people have been admitted in the hospital.

"Out of the 15 injured admitted in the hospital, nine have been sent in the burn ward while others are in the general ward. All of them are being kept under observation as they might be suffering from lung swelling due to inhalation of smoke," Singh said.

He also added that Chief Minister Arvind Kejriwal is scheduled to visit Lok Nayak Hospital and meet the injured persons.

So far, at least 43 people were killed after a massive fire broke out in a factory in Anaj Mandi area on Rani Jhansi Road here on Sunday morning, police said.

Around 62 people were taken out by fire tenders from the building that caught fire in the wee hours of Sunday.