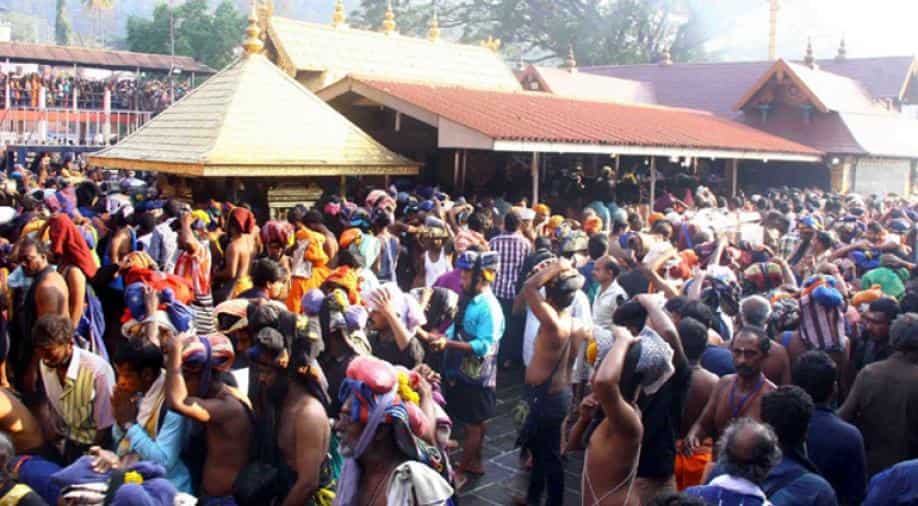 Kerala government on Friday told the Supreme Court that since the court's verdict in September last year, 51 women have been able to enter the Sabarimala temple.

The supreme court was hearing pleas filed by 42-year-old Bindu, a college lecturer and CPI(ML) activist from Kozhikode district's Koyilandy and Kanakadurga, 44, a civil supplies department employee from Angadipuram in Malappuram, who had entered the Sabarimala shrine on January 2.

The petitioners claimed they were constantly being threatened and were scared for their lives and sought police protection. The petitioners also requested the court to declare the purification ceremony as unconstitutional.  However, Senior advocate Vijay Hansaria, appearing for the Kerala government, said it was already providing adequate security to the petitioners and other devotees who have entered the Sabarimala temple.

A bench comprising  Chief Justice Ranjan Gogoi, justices L N Rao and Dinesh Maheshwari ordered Kerala government to provide adequate security to the two women and said it was only going into the aspect of the security of the two women and would not like to entertain any other prayer made in the petition.

After the other petitioners' intervention, the top court refused to tag the matter with other petitioners. "We deem it appropriate to entertain this writ petition by directing the Kerala Police to provide adequate security round the clock to petitioner number 1 (Bindu) and petitioner 2 (Kanakdurga). Beyond that we don't want to go into any of the issues mentioned in the petition," the bench said.

Advocate Mathews J Nedumpara appearing for some petitioners, who have filed a review plea challenging the decision of the top court to allow menstruating women to enter the temple, said that none of the female devotees entered the Sabarimala shrine.