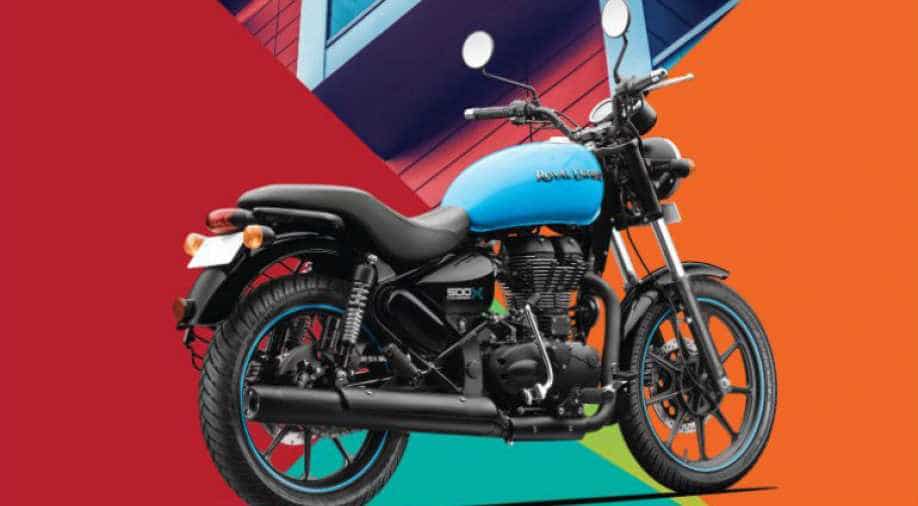 Thunderbird 350X, on the other hand, comes with a single cylinder, air cooled, twinspark, 346cc engine which generates a maximum torque of 28 Nm at 4000 rpm.

"The key selling point is that these are thunderbirds with a custom inspired look as a lot of people buy thunderbird and further customise it. We have now given an already customised bike to a certain level," Royal Enfield President Rudratej Singh said.

He further said, the whole objective is to inject fresh thinking into the thunderbird range which has become a definite choice for some section of people.

The two-wheeler division of Eicher Motors had launched Thunderbird in 2002 popularly known as highway cruiser and the new launches are factory-built customised bikes with a blacked out theme.

"Specifically, we have a target with regard to how many test rides we give and how many people visit our stores for thunderbird," Singh said.

With regard to exports, he said the focus first will be in India and then these bikes will be made available wherever thunderbird is present across the world.

"First we'll make sure our distribution reach in India is full but very soon in a few months we will be splitting into places where thunderbird in other markets is available," he said.

Bookings have been opened from today at Royal Enfield stores across major cities.