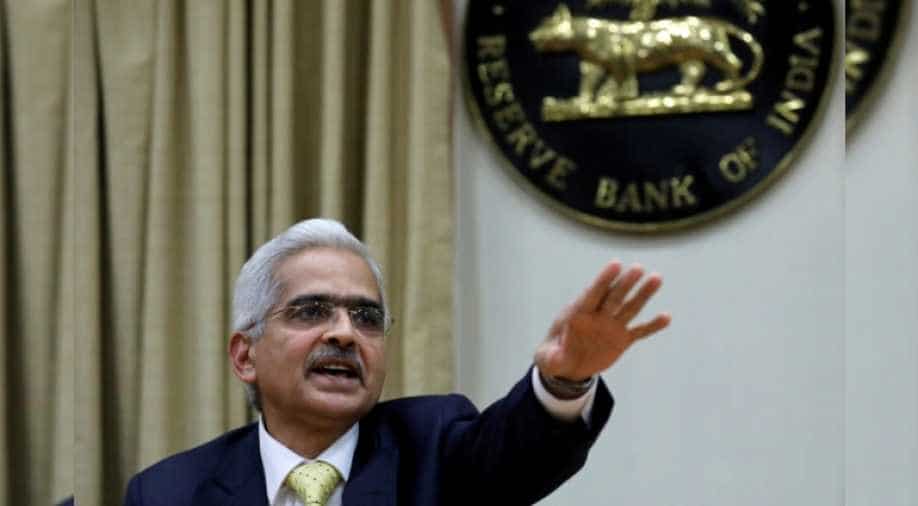 The dividend is likely to be Rs 300 to 400 billion, or three or four times the amount paid last year. It will help the government meet its fiscal deficit target, despite a shortfall in revenue collections, most notably from a goods and services tax introduced in 2017, and from divestments.

The Reserve Bank of India (RBI), having changed leadership last month following a clash with the government, is likely to transfer an interim dividend of 300-400 billion rupees ($4.32 billion-$5.8 billion) to the government by March, according to three sources with direct knowledge of the matter.

The amount would be three or four times the amount paid last year and would help the government meet its fiscal deficit target, despite a shortfall in revenue collections, most notably from a goods and services tax introduced in 2017, and from divestments.

Prime Minister Narendra Modi's government has been pushing the RBI for more money ahead of what is expected to be a tight national election due by May.

As a row flared over fears that the central bank's independence was being eroded, RBI governor Urjit Patel abruptly quit last month and was replaced by former finance ministry official Shaktikanta Das.

Aside from tensions over the dividend payout, the government has also been critical of the RBI's constraints on lending by state banks with high levels of non-performing loans.

The rupee hit a session low of 69.80 against the US dollar on Monday, following the Reuters report on the interim dividend and impending revenue shortfall.

The government and RBI have now selected a panel to look into the issue around the sharing of the RBI's reserves.

The RBI typically generates revenue from trading in bonds and currencies, part of which goes toward building reserves, while the remainder is transferred to the government in the form of a dividend.

The interim dividend for this financial year ending in March would be decided by the RBI board separately and not by the six-member committee formed to review the future dividend transfer policy, said the sources, who asked not to be named as the discussions are private.

"We are absolutely sure that an interim dividend of more than 300 billion rupees would be paid before March end," one of the sources told Reuters.

The RBI did not respond to an email seeking comment, while the Finance Ministry declined to comment.

Speaking with the media in New Delhi on Monday, Das repeatedly declined to comment on the Reuters report, beyond saying that the details would be shared once the RBI board made its decision.

This will be the second consecutive year in which the RBI has given the government an interim dividend, ahead of an annual payout that it normally gives the government in August, following the closing of the RBI's books in June.

The sum the government is pushing for this year is significantly more than the 100 billion rupee interim dividend it received last year. Following the close of the RBI books last year, it paid the remaining dividend of 400 billion rupees in August 2018.

An interim payout before the end of March would take total transfers from the RBI to 700-800 billion rupees for the government's current fiscal year ending March 31, higher than the previous record payment of 659 billion rupees in 2014/15.

The RBI could make a final decision on the dividend before Finance Minister Arun Jaitley presents the government's budget on February 1, two of the sources said.

The funds are crucial to meet the fiscal deficit target of 3.3 per cent of the GDP for the financial year ending in March, as the government's revenue shortfall may be as high as 1 trillion rupees, according to two of the sources.

"The revenue gap we are assuming includes two major items — GST collections shortfall and some shortfalls anticipated from the divestment side," one of the officials quoted above said.

The government is also planning to hold back tax refunds of some corporates to be able to adjust the revenue gap to meet its fiscal deficit, the second official said.

"We have plans to hold back tax refunds of some big corporates which should give us a cushion of 1 trillion rupees," said the second official.