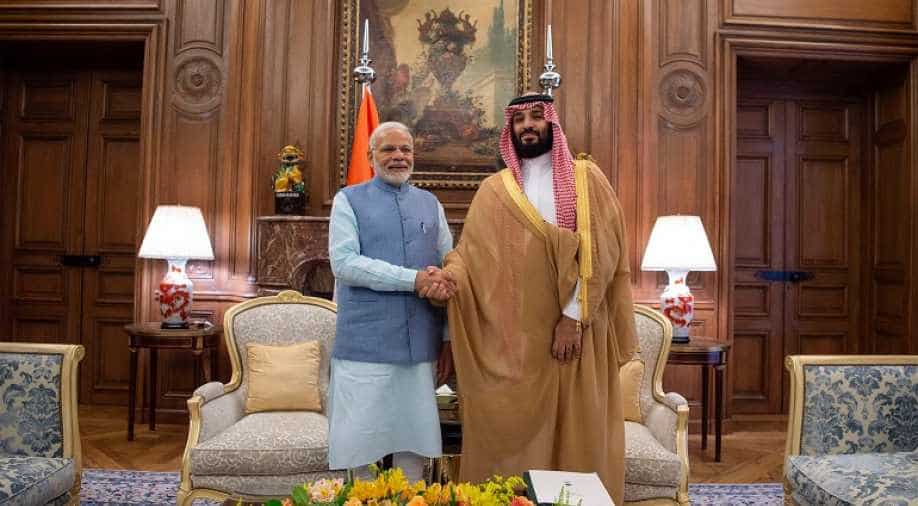 Prince Salman, who is also Saudi Arabia's defence minister, will arrive in India on February 19 on his first official visit. Counter-terrorism and energy security are expected to top the agenda for discussions during the trip.

Cooperation in counter-terrorism is likely to figure high on the agenda of his talks in New Delhi as the visit comes following the Pulwama terror attack carried out by Pakistan-based terror group Jaish-e-Mohammad (JeM) in which 40 CRPF men were killed.

Saudi Arabia had strongly condemned and the attack.

"Saudi Arabia and India share age-old ties of friendship that are deepening with each passing day. Crown Prince Mohammed bin Salman's visit to India is highly anticipated and presents a historic opportunity to expand collaboration between our two friendly countries in all fields," Ambassador of the Kingdom of Saudi Arabia to India Saud Mohammad Al Sati said.

Under Prince Salman's leadership, Saudi Arabia is at the cusp of path-breaking transformation, he said.

"In our common pursuit for development and stability, Saudi Arabia sees India as an important strategic partner and valued friend," Sati said.

Investments, defence and security, including counter-terrorism and renewable energy, are the key issues which are likely to come up for discussions during Prince Salman's visit to India, the Ministry of External Affairs (MEA) had said last week.

Saudi Arabia is India's fourth largest trading partner and the bilateral trade is worth $28 billion. The country supplies 20 per cent of India's crude oil and the Indian diaspora in Saudi Arabia is 20 million-strong.

Recently, Saudi ARAMCO, in partnership with ADNOC of the UAE, entered into a $44 billion joint venture for the Ratnagiri refinery and a petrochemical project.

The Kingdom of Saudi Arabia also facilitates Hajj pilgrimage of over 1,75,000 Indians every year.

The visit by Prince Salman, who is also the Vice President of Saudi Arabia's council of ministers, follows the highly successful trip of Modi to that country in April 2016, during which the two sides had agreed to further elevate their existing strategic partnership.

In recent years, there has been significant progress in the bilateral cooperation in the key areas of mutual interest, including energy security, trade and investment, infrastructure, defence and security.