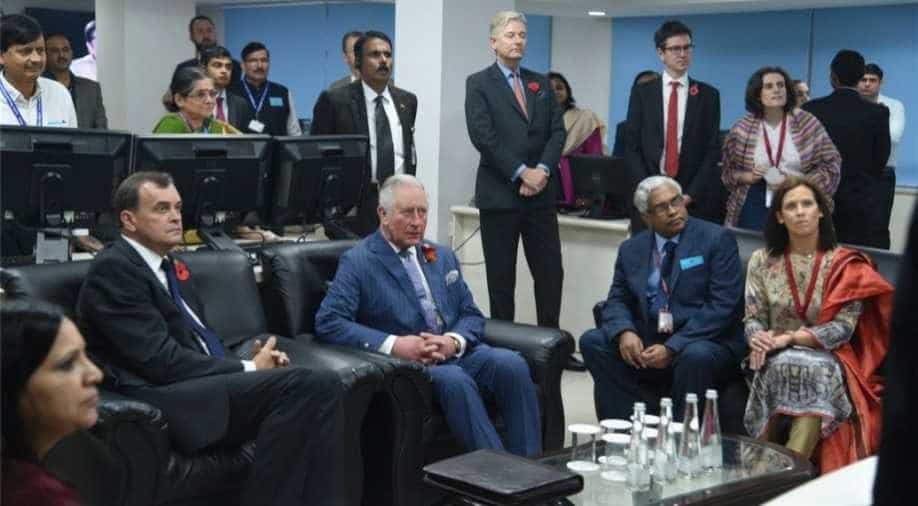 Britain's Prince Charles gets a tour of the Control Room of the regional specialised Meteorological Centre for Tropical Cyclone at India Meteorological Department (IMD). Photograph:( ANI )

Charles interacted with the IMD officials during his stay.

Britain's Prince Charles, who is on a three-day trip to India, visited the India Meteorological Department (IMD) at Mausam Bhawan here on Wednesday.

Charles interacted with the IMD officials during his stay.

He was seen leaving the Mausam Bhawan in a battery-operated rickshaw.

This is Prince Charles' 10th official visit to India.

His engagements in the national capital include a bilateral meeting with the President Ram Nath Kovind.

He will also present a Commonwealth 'Points of Light' award to an Indian winner for her exemplary contribution to the field of social development that involves upliftment of disabled children, family counselling and therapy sessions, a British High Commission statement said.