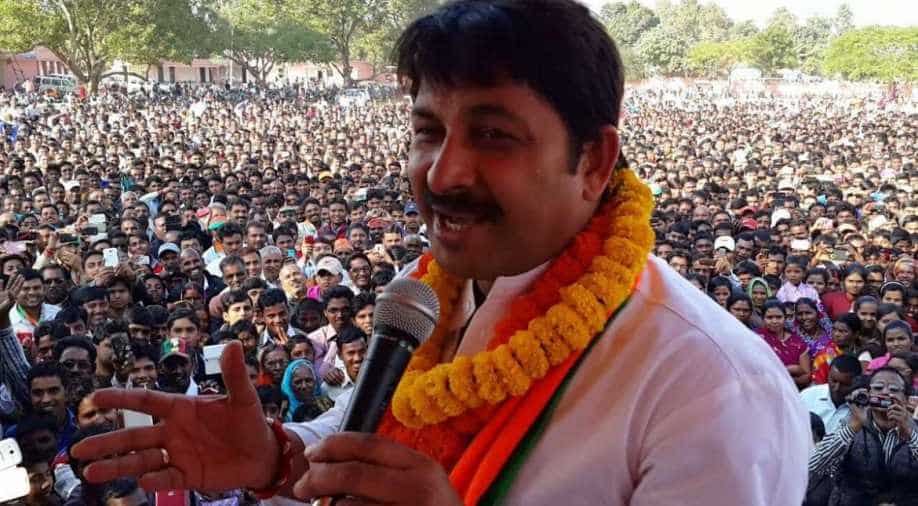 The newly elected BJP parliamentarians in Delhi, including Tiwari, on Saturday, felicitated the party workers for an impressive win in the Lok Sabha polls.

Delhi BJP chief Manoj Tiwari on Saturday called upon the party workers to work hard for a victory in the Assembly elections due early next year and "dislodge" the Arvind Kejriwal government.

The newly elected BJP parliamentarians in Delhi, including Tiwari, on Saturday, felicitated the party workers for an impressive win in the Lok Sabha polls.

Crediting the workers for the victory of the BJP on all seven Lok Sabha seats in the national capital, Tiwari said, "The way we emerged victorious in the Lok Sabha elections, the same way we have to work hard for dislodging the Kejriwal government."

Leader of Opposition in the Delhi Assembly Vijender Gupta said the BJP workers are the backbone of the party and it was due to their hard work and efforts that a "historic" victory was achieved.

The BJP, which was in power in Delhi over two decades ago, is enthused by its impressive show in the parliamentary polls and is now eyeing a victory in the Assembly elections due early next year to stage a comeback.

The SC Morcha of the Delhi BJP also felicitated its members at a function held at party office on Pant Marg.

Organisation secretary of Delhi BJP Siddharthan lauded "immeasurable" hard work and contribution of Morcha workers in ensuring the victory of the party candidates in the Lok Sabha polls.

He pointed to "record" performance of the party in 12 reserved Assembly segments under different Lok Sabha constituencies and appealed to Morcha workers to continue their hard work for a similar victory in the Assembly elections.

The BJP was routed in 2015 Assembly elections by the AAP that won 67 of the 70 Assembly seats in Delhi. The party had managed to win just there seats and later it wrested the Rajouri Garden seat in a by-poll.