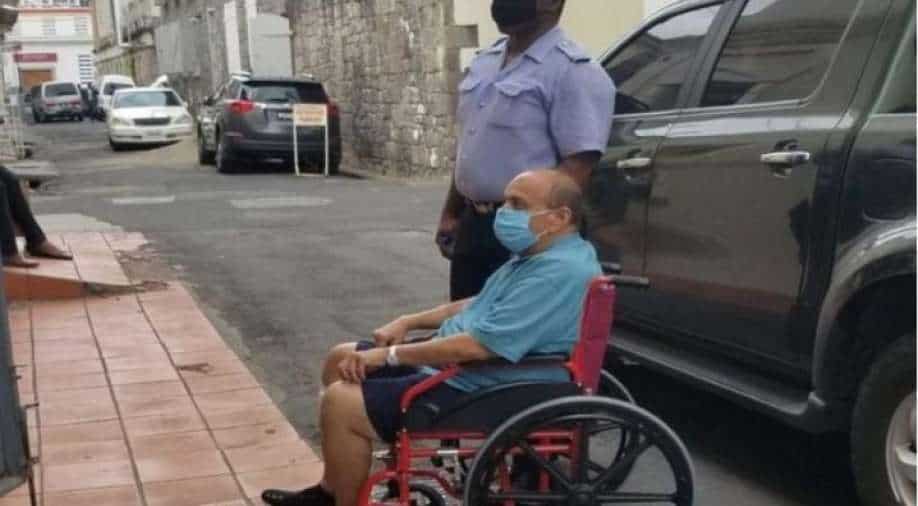 Fugitive businessman Mehul Choksi pleaded not guilty on charges of his illegal entry into the Caribbean island nation. He was denied bail by the magistrate court.

A magistrate court in Dominica on Wednesday rejected fugitive businessman Mehul Choksi's bail appeal. Following a high court order, he pleaded not guilty to allegations of illegal entry into the Caribbean island nation.

This comes after fugitive diamantaire Mehul Choksi was produced before a local magistrate in Dominica to answer charges of his illegal entry into the country following a court order. Choksi appeared before the magistrate in a wheelchair in a blue T-shirt and black shorts.

Choksi's lawyer Vijay Aggarwal had said that according to Dominican law, any arrested accused has to be presented before the court in 72 hours and added that because Choksi was not presented in court within the prescribed time, the court has ordered to produce him before the magistrate at 4 pm (Dominica time).

Choksi had gone missing in Antigua and Barbuda for a few days before being tracked down and arrested in Dominica on May 26. After escaping India in January 2018, he has been residing in Antigua & Barbuda.

Earlier on June 2, breaking her silence for the first time in days, the businessman's wife Priti Choksi questioned the disappearance of Barbara Jarabica and slammed the authorities of Antigua and Dominica for their handling of the case.

Barbara is the mysterious woman whose name cropped up in the case and is alleged to be the female accomplice who had a role in Choksi's movement from Antigua to Dominica.

Speaking to WION, Priti said, "Picture that is run of this person called Barbara is not even correct picture. Where is she, no one knows. If a crime occurred, and she saw it why has she not said anything? No one knows", adding, "she is not traceable".

When asked who she was, Mrs Choksi explained, "She claims to be someone who works on house renovation and she would come down to Antigua two or three times - she came in August, in April and now in May" and added that she "has never met her".