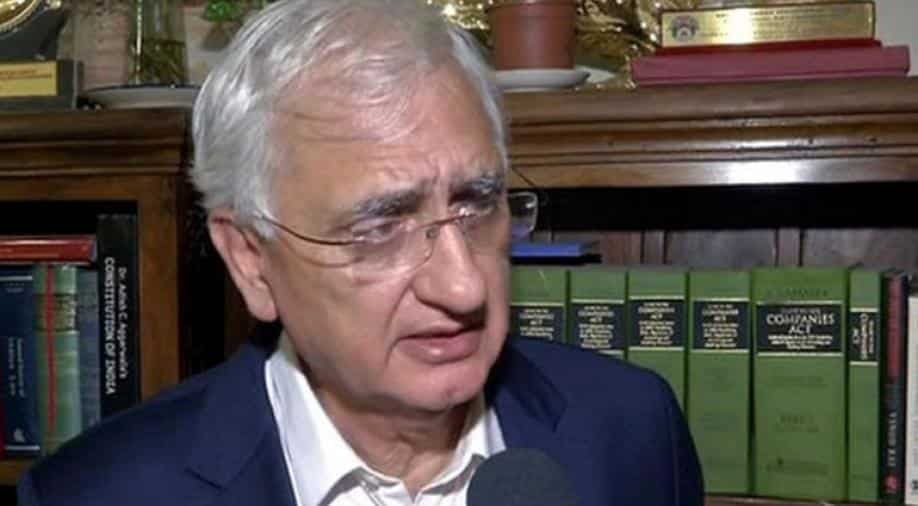 Khurshid was speaking at an interactive session titled 'Is India being redefined?' organised by All India Professionals Congress (AIPC) in Delhi.

Questioning the Bharatiya Janata Party-led central government's foreign policies, Khurshid said, "The distressing and disturbing part is that there is no exchange between leaders of the BJP associated with Foreign Affairs and those who have been concerned about Foreign Affairs in the past. There is no consultation at all. After laying down office I had offered that whenever we are required we would come back and talk."

"In many far-reaching decisions that the Prime Minister has taken, including an unannounced visit to Pakistan and embracing the (former) Pakistan Prime Minister (Nawaz Sharif) and so on, I don't think that he has ever consulted the Opposition parties, certainly not the Congress party," Khurshid added.

He further stated that this was not the case when the Congress was in Centre."We are creating divisions abroad as well. The manner in which the Prime Minister speaks to the Indian diaspora in various countries is creating a political speech made to a political party and the supporters. We were careful when we were talking about dual citizenship. Yet for him, it doesn't matter," Khurshid said.

"I believe, he (Prime Minister Modi) is doing us a great disservice by creating a message in those countries that the people he addresses are different from the rest of those countries. We were supposed to be independent and that was the consensus. That consensus has broken down. We are now willing to take sides. We are not willing to stand up for morality. I know that enlightened self-interest is the ultimate test as far as foreign policy is concerned, but I think we have given up the idea of taking a moral position. India had a remarkable moral position in the world and I do believe that this Prime Minister has cornered that," he added.

Khurshid was speaking at an interactive session titled 'Is India being redefined?' organised by All India Professionals Congress (AIPC) here.

Speaking about the Minority groups, Khurshid said, "The Minority has to be equally vigilant and careful because their aspirations are being misused and misrepresented by the BJP. I must acknowledge that India is secular largely because Indian majority has ensured that India is secular. This is something that cannot be forgotten. Minority contribute a valuable dimension to Indian secularism and its richness. But the Minority must understand that the Majority is trying to help them and it must not make life more difficult."