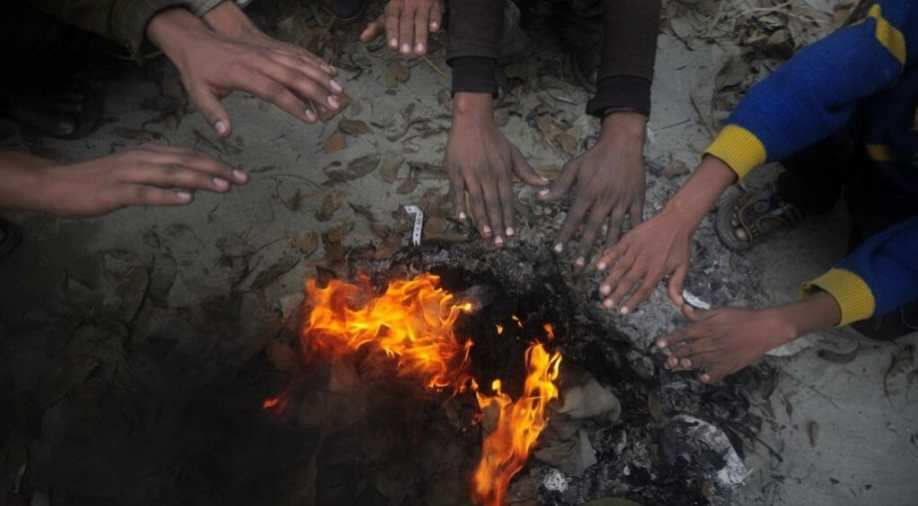 Cold conditions persisted in Himachal Pradesh with the meteorological department issuing a yellow weather warning for heavy rain and snowfall in the state for Tuesday.

Parts of north India shivered under cold conditions on Sunday with the weather department issuing a warning for heavy rain and snowfall in Himachal Pradesh even as there was some respite for Kashmir where the mercury continued its upward trend.

The minimum temperature in Delhi recorded a rise of around two notches from that on Saturday, settling at 6.9 degrees Celsius while the maximum was recorded at 22.7 degrees Celsius. The relative humidity oscillated between 100 per cent and 59 per cent.

Cold conditions persisted in Himachal Pradesh with the meteorological department issuing a yellow weather warning for heavy rain and snowfall in the state for Tuesday.

The weather office issues colour-coded warnings to alert people ahead of severe or hazardous weather that has the potential to cause "damage, widespread disruption or danger to life". Yellow, the least dangerous of all the weather warnings, indicates possibility of a severe weather.

The weatherman has forecast rain and snowfall in middle and high hills of the state from January 27 to 29 and on January 31. It issued the yellow warning of heavy rain, snowfall for January 28 only.

However, residents of Kashmir Valley got respite from intense cold wave conditions, with the summer capital of Jammu and Kashmir recording a minimum temperature of minus 0.2 degrees Celsius as against the previous night's minus 3 degrees Celsius.

Qazigund, the gateway town to the Valley in south Kashmir, settled at a low of minus 0.7 degrees Celsius, an increase of nearly six notches from the previous night's minus 6.4 degrees Celsius.

A thick blanket of fog enveloped several places in Punjab and Haryana over which numbing cold maintained its grip, with Chandigarh, the joint capital of the two states, recording a minimum temperature of 7.1 degrees Celsius.

Adampur in Punjab was the coldest place in both the states as it registered its low at 2.3 degrees Celsius.

Dense fog was also witnessed in parts of Uttar Pradesh where Bahraich was the coldest place with the mercury dipping to 4.4 degrees Celsius.

Lucknow recorded a minimum temperature of 7.8 degrees Celsius and a maximum of 21 degrees Celsius. The meteorological department has forecast rains and thundershowers at many places in the state on Monday and Tuesday.

A cyclonic circulation over parts of Rajasthan and south Gujarat may cause light, unseasonal rains in Saurashtra region and in Vadodara district which may lead to rise in maximum temperatures by 2-3 degrees, followed by a gradual fall in minimum temperatures over another two days.