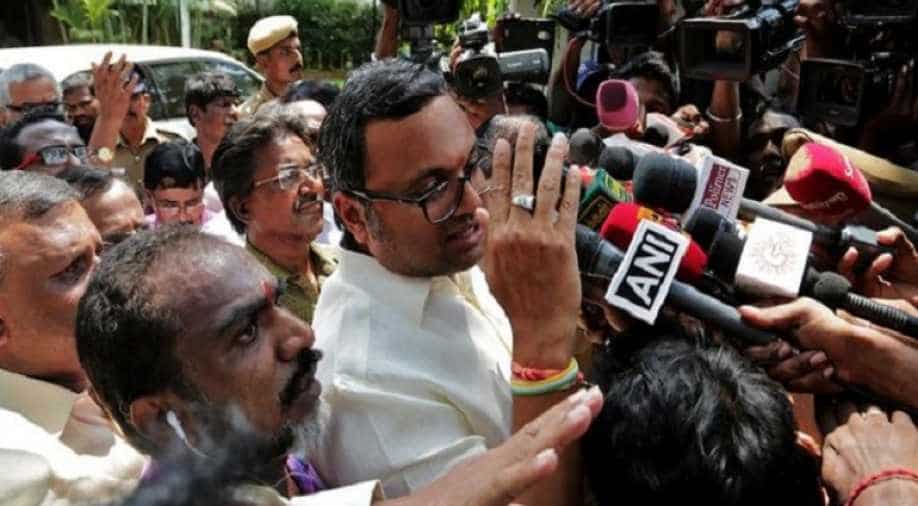 "Don't worry, I am there," former Finance Minister P. Chidambaram reportedly told his son Karti who has been sent to 5-day police custody in connection with the INX Media money laundering case.

Former finance minister and Congress leader P. Chidambaram met his son Karti at the CBI court where he was brought for extension of custody on Thursday.

Reports said that the senior Congress leader put his hand on his son's shoulder in the presence of his wife Nalini Chidambaram, who was already in the court, and told him "Don't worry, I am there''.

The lawyer couple were present at the court during the arguments that lasted for more than three hours before CBI Judge Sunil Rana.

The Judge allowed Chidambaram and his wife to talk to Karti in the presence of the investigating officer during the brief break before passing the order on giving five-day custody of Karti to CBI.

However, the Judge in his order disallowed Karti's request for home-cooked food but gave his nod for medicines and a health check up.