Owaisi will flee Telangana like Nizam was forced out of Hyderabad: Yogi 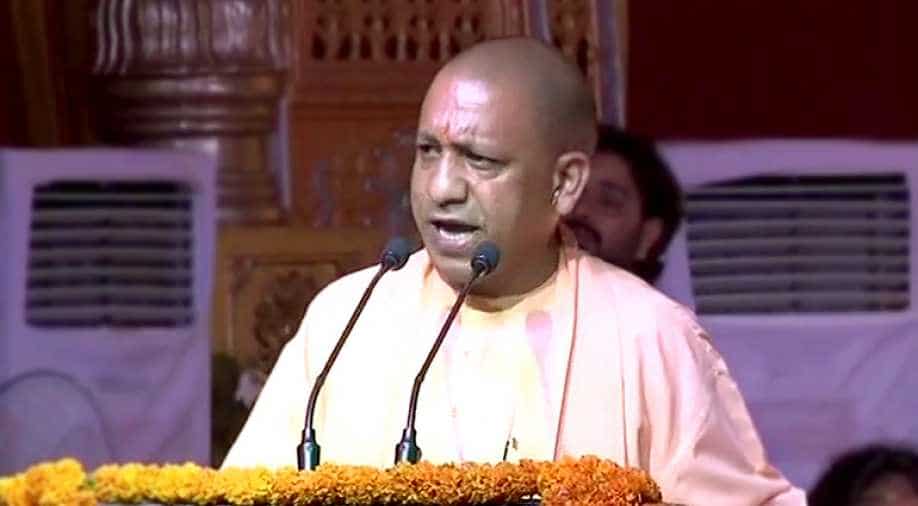 Uttar Pradesh Chief Minister Yogi Adityanath on Sunday said that if the Bharatiya Janata Party (BJP) comes to power in Telangana Asaduddin Owaisi of All India All India Majlis-e-Ittehadul Muslimeen (AIMIM) will have to flee from the state as Nizam left Hyderabad.

Uttar Pradesh chief minister Yogi Adityanath on Sunday launched a scathing attack on Hyderabad MP Asaduddin Owaisi and said that AIMIM chief will have to flee from Telangana if the BJP comes to power in the state.

"If BJP comes to power, I assure you Owaisi will have to flee from Telangana the same way Nizam was forced to flee from Hyderabad," Adityanath said.

Yogi Adityanath made the statement on Asaduddin Owaisi at a public gathering in Tandur, Vikarabad ahead of the December 7 assembly elections in Telangana.

"Who are those who try to strike relations with ISIS or other terrorist outfits&play with national security? You'll have to decide if this nation will be run by youth committed to national security or by Congress, TDP and TRS supporting terrorism and Naxalism," Yogi Adityanath added.

"Two crore people were given affordable houses under the Pradhan Mantri Awas Yojana (PMAY) but the people of the state could not get the benefit of the same as the state government did not provide the utilisation certificate of the funds received under this scheme after the first time. Four crore poor people were provided with free electricity, 8 crore people were given free LPG connections under the Pradhan Mantri Ujjawala Yojana," he added.

Uttar Pradesh Chief Minister also attacked the Congress, the Telugu Desam Party (TDP) and the Telangana Rashtra Samithi (TRS) for indulging in politics of dynasty and said that similarly, Owaisi is also indulging in the politics of minority appeasement only. Telangana Assembly elections are on December 7 while the counting of votes will take place on December 11.