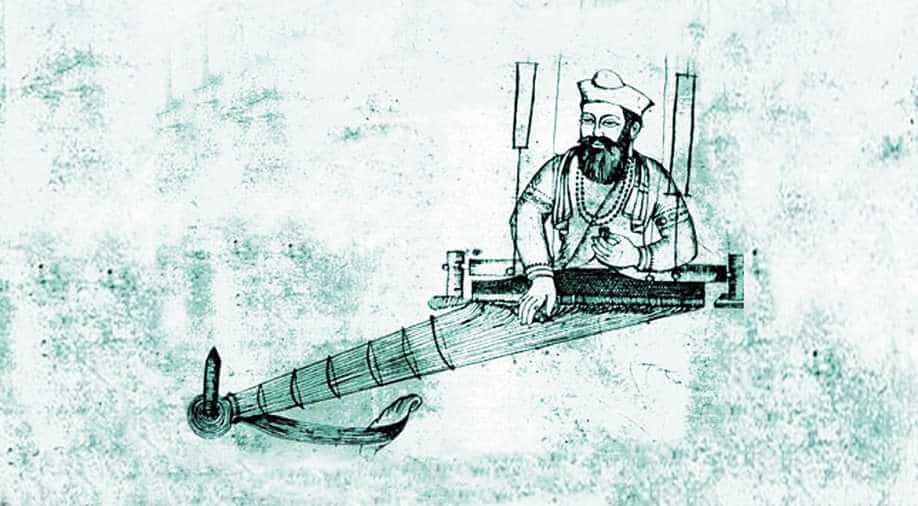 Kabir's contemporary relevance stems from the observations he made on questions of communal harmony and social justice. Photograph:( Others )

India is celebrating the completion of 500 years of Sant Kabir's life. The poet-saint died in 1518 upon living an extraordinary life. His life was the stuff of legends. But that is not the only reason to remember and celebrate Sant Kabir today. Rather, Kabir's contemporary relevance stems from the observations he made on questions of communal harmony and social justice. In a world tarnished by aggressive religious contestations and political violence, it is imperative that we remember Sant Kabir's life and work more than ever before.

Kabir had a syncretic upbringing. An abandoned child, Kabir had possible Brahmin antecedents but was brought up in a Muslim weaver’s family.  Later in life, Kabir became a well-known bhakti-saint of iconoclastic ideas, challenging social hierarchies and religious hypocrisies, particularly, in the political context of the Lodi-Afghan Sultanate. His teachings called for a peaceful coexistence of different religious groups – even if they put pressure on each other to gain followers and converts.

Several strands of medieval bhakti movements, led by devotional poets and reformers from marginal sections of society, condemned religious rituals, criticised caste or jati-based hierarchies and discrimination.  Instead, these Bhakti saints advocated the need to discover Ram, a formless God, inside one’s heart.

However, within the same Bhakti movement, some traditions refused to acknowledge any Hindu religious movements that revolved around Sri Ram of Ayodhya, eulogising him as an epitome of virtues. Rather, these Bhakti saints connected themselves with forms Islamic spirituality, popularly identified as Sufism.

Though saint-poets and religious leaders, such as Sant Kabir and Guru Nanak transcended contentious political boundaries of Islam and Hinduism, religious fields were often scarred by violent formations of communities. The Sants and Gurus were involved in a competitive spirituality of sorts and often fed off each other – appropriating ideas and attracting followers, not necessarily to organise them as warring communities or sects (panths and sampradays).

In many cases, however, the followers completely transformed the original teachings of their spiritual Gurus. The communities formed around them often sought to use political power to humble and subdue each other. The terrible struggles between Muslim and non-Muslim followers of Kabir and Nanak over their dead bodies is a case in point. These saintly figures, who challenged religious orthodoxy, were to be buried or cremated depending upon which group dominated their funeral proceedings. Significantly, their bodies disappeared, by miracle or design, so that these blessed souls could not be easily trapped into the violent politics of religious identities.

Preaching in the latter half of the 15th and early decades of the 16th centuries, Kabir sharply criticised not only Hindu and Muslim religious leaders, but also found faults with self-styled Sufis and Yogis. Literally locating himself at the centre of the marketplace (kabira khara bajaar mein), Kabir criticised the ritual of animal sacrifice among Hindus. He also directed a trenchant critique against slaughter of animals by Muslims.

A long poem in the well-known compilation of his compositions, the Bijak, which has been studied by a number of reputed scholars of bhakti traditions, attacks Muslim preference for non-vegetarian food in the context of an aggressive vegetarianism, particularly against cow-slaughter, emerging in the politically volatile 15th-16th centuries.

Speaking in support of vegetarianism, Kabir countered, whose farman it was to kill goats and chicken to consume them? In the poet's words, 'bakri murgi kinh phurmaya, kiske kahe tum chhuri chalaya.' Making it more explicit, he mocks at the alleged fake propriety and religiosity of Muslims by pointing out that they fast during the day and eat beef at night, 'din ko roja rahat hai, raat hanat hai gai.'

For Yogis, Kabir’s advice was that spiritual practices like pranayama and other forms of meditations are of no use till the heart of the person concerned is not cleansed and the person discovers Ram within.

Exhorting the people to have a darshan of the Lord in the mirror of one’s own heart, Kabir advised in a verse compiled in a Granthavali, that the mirror needed continuous cleaning of the filth gathered on it. In the immortal words of the poet, 'Jau darsan dekhya chahiye, tau darpan manjat rahiye/Jab darpan laage kaayi, tab darsan kiya na jaayi.'

Kabir’s attack of Muslim religious leaders, especially ulama, qazis but not sparing Sufis either, as well as Yogis, would make him an interesting case for appropriation in Vaishnavite-Brahminical Sagun tradition of medieval Ram bhakti.

On the other hand, his non-Brahmanical Hindu followers, the Kabir-panthis, believed in the Nirgun or formless God. Beginning as a Sufi disciple of Shaikh Taqi of Kara-Manikpur (later Allahabad), Kabir himself crossed all boundaries. In doing so, he was searching for common grounds as Yogis and Sufis also had done.

Gorakhnath is known to have taken a position closer to Sufis, referring to them as belonging to the caste or jati of Allah, for they knew the door of the house of the Lord (darwesh soi jo dar ki janain, so darwesh allah ki jati). Similarly, Kabir’s contemporary Sufis, who believed in the concept of wahdat-ul-wujud (monism or unity of existence), appropriated Yogic ideas and practices as adumbrated in a text such as Amritkund, the Arabic and Persian translations of which were much in demand in Sufi circles of medieval India.

One of the enthusiasts was a leading Chishti Sufi, Abdul Quddus Gangohi, who accessed this text from his strong position as a responsible Muslim religious leader and found no contradiction in styling himself as Alakhdas in his own mystical poetry in Hindi. He would even conflate distinctions to say that there was no difference between the notions of monistic wahdat-ul-wujud (which sections of Sufis found the same as advaita) and monotheistic tauhid (one God which the ulama fought for).

Indeed, in the Sufi-bhakti complex of medieval India, the formless God was called by a variety of names (Allah, Ram, Rahim, Khuda or Alakh Niranjan). Kabir’s own search for common grounds through the unity of God (wahdat-ul-wujud, and not necessarily tauhid) can be seen in his claim of the possibility of complete assimilation of both the creator and creations: khaalik khalak, khalak mein khaalik sab ghat rahyo samayi, he said. Putting it more simply, Kabir typically announced, as many Sufis and Sants would have liked to do: kahen kabir ek ram japhu re, hindu turak na koyi! 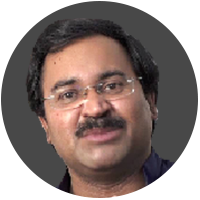