Opinion: In terms of job creation, Union Budget has little to offer 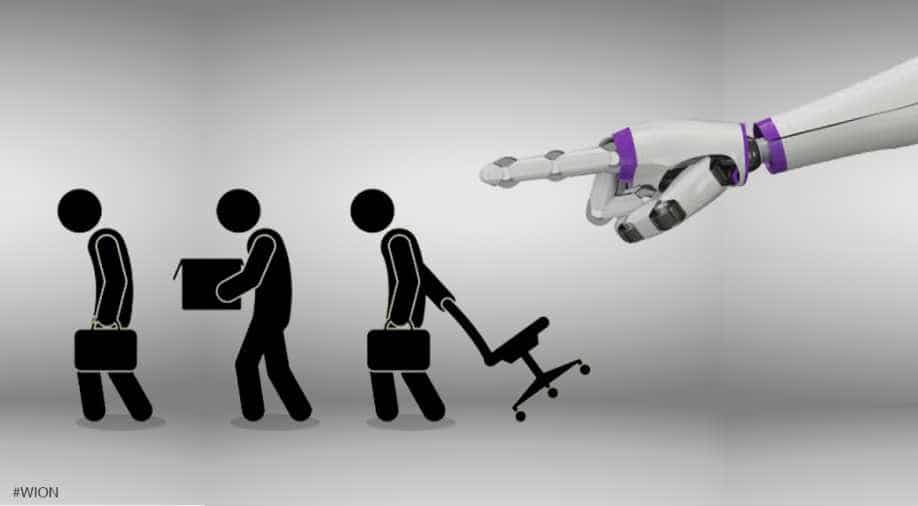 Amidst the clamour of commentary around the Union Budget yesterday and today, one issue is conspicuous by its absence: jobs.

Of the big three issues I had flagged in my pre-budget analysis, viz. rural distress, jobs, and stimulating private investment, the first has found a prominent place and the third somewhat less so, but the second issue has been given short shrift. Even MGNREGA finds itself with a stagnant budget in nominal terms (constant at INR 55,000 crores), which will mean a decrease in real spending. This is contrary to expectations in many quarters that this budget would see a big push on job creation.

Before we look at what little the budget does offer on jobs, let us look at the big announcements; an increase in the minimum support price for all crops to 150% of the costs of production and a new national health insurance program.

The revised MSP was a long-expected announcement and, politically speaking, this is the right time to make it. However, there is no clear budgetary allocation for it. Is it to come from the additional INR 7000 crore allocated to agriculture? If so, is this increase enough? Further, what does “cost of production” mean?

Will the government take into consideration paid out costs plus family labour (called A2 + FL) or the above plus imputed rent of land and capital owned (called C2)? Until several such details become clear it is impossible to tell whether this can actually improve farm incomes and, thereby, stimulate the rural economy. Add to this the well-known fact that MSPs rarely function as effective price floors (as they are supposed to) because of very poor implementation, forcing farmers regularly sell for less than MSP. All said though, an announcement is better than no announcement. Since this is a big election year, this is the opportunity to press the government on delivering the promise in a proper manner.

Now let us come to the second big announcement, a National Health Protection Scheme, with up to INR 5 lakh annual coverage for 10 crore families. This has been hailed as a big move and it is. The question is, who stands to benefit from it? The FM mentioned that it would create “lakhs of jobs, particularly for women.” But in the absence of details it is not clear how this will happen.

The newspaper accounts of the scheme do not mention the jobs angle much. Rather, there are mentions of this huge government-funded programme (some say the largest such in the world) being a boost for the insurance and healthcare sector. Assuming that the NITI Aayog wants to design this scheme to benefit the poor, maximally, it would be useful to keep a few things centre-stage so that the scheme does not become a giveaway from the government to the insurance and pharmaceutical companies, and hospitals.

First, either improve public delivery of healthcare or find a way to keep prices of drugs, treatment etc. tightly under control. Given the current inflation in healthcare costs and declining medical ethics and standards, this programme runs the risk of funneling a huge amount of public money to private hands while delivering poor quality healthcare to the poor.

Second, make job creation in the healthcare sector an integral part of the scheme by expanding public healthcare coverage. In fact, the public expansion option has two advantages, it keeps costs under control, the government will only be paying itself, not third parties, and it creates jobs. Of course, this will need more than the INR 1473 crore allocated to this program.

Jobs and employment are directly addressed only in a small and uninspiring section under MSMEs and Employment. There are no big ideas here commensurate with the magnitude of the challenge or with this government prior commitment to the issue. The government is proposing to pay 12% of EPF costs for new employees for up to three years, to create incentives for firms to hire new workers. This extends the scope of the previous policy.

There are also some policies specifically to create incentives for women to participate in the workforce, such as maternity leave and creches. While most of these are welcome measures, they stop far short of what needs to be done on the jobs front. Sadly, the FM also cites the same flawed study cited by the PM in a recent interview, that 70 lakh formal jobs will be created in the current year. The problems with this have been widely discussed in the media already.

The second pro-jobs measure mentioned in the budget is the reduced tax rate (from 30% to 25%) for firms with turnovers of INR 250 crores and less. This is again a disappointingly supply-side view of job creation. Lowering taxes to create jobs will only work if some other key conditions are satisfied. Most importantly, firms need to see strong demand in the economy, particularly in the vast rural sector.

On the whole, there is a large missed opportunity here to go big on the employment front by proposing a range of direct public employment measures, a potential expansion of MGNREGA to more occupations, payment of wage subsidies for jobs where the minimum wage is far below a living wage, and so on. All of these have long been on the policy wish-list.

One last comment on the third front I had highlighted in my pre-budget analysis, viz. private investment. The Economic Survey chapter on Savings and Investment ends by saying “`animal spirits’ need to be conjured back.” This refers to John Maynard Keynes’ famous characterisation of the behaviour of the owners of capital to be moved to action on the basis of mood swings of optimism and pessimism rather than calculations of risks and rewards. The measures suggested are, addressing the problem of stressed assets on bank and firm balance sheets, lowering taxes, easing the costs of doing business, etc. The budget more-or-less confirms to this approach. And no doubt, these measures are important.

But the list leaves out the obvious driver of “animal spirits” in the Keynesian tradition, viz. aggregate demand. The thinking is almost purely supply-side, whether discussing an incentivising investment by big business or by small and medium industries. Time and again we have seen, and even industry leaders have said, that a revival of demand in the economy, an increase in spending across the income distribution, is a strong determinant of private investment.

In sum, while the budget seems to deliver strongly on “ease of doing business”, on the “ease of living” front, much remains unclear. Pressure should be kept up in this election year to hold the government accountable for the proper implementation of the revised MSP formula and the new health insurance scheme.