Opinion: In current anti-Modi rhetoric by regional parties, Congress tends to be the biggest loser 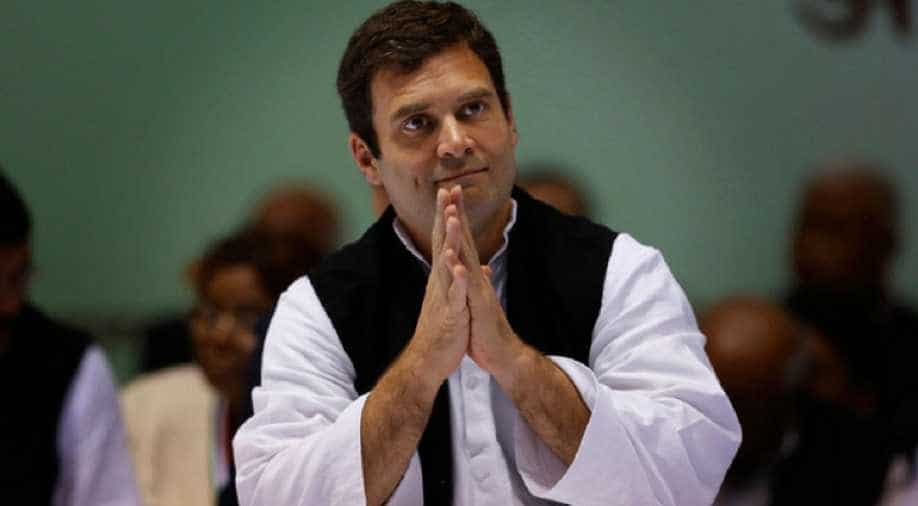 There is state of political upheaval these days in the nation. Narendra Modi is standing tall and firm and he has sent ripples of insecurity among all political parties. Leaders are worried about their future. There is state of panic among parties opposed to BJP and everybody is willing to go to any extent to secure his political future.

Ideologies and official party lines have gone for a toss. Raj Thackeray and Sharad Pawar are exploring each other for a possible tie-up. More bizarre is the fact that Trinamool Congress chief and West Bengal Chief Minister Mamata Banerjee called on Uddhav Thackeray when she visited Mumbai recently. This is ground-breaking as both parties have ideologies which are diametrically opposite to each other, literally.

Regional satraps have their own ambitions. Everybody is trying to become the anti-Modi crusader.

But it is very much visible that in all this jugglery Congress is going to be the biggest loser in days to come. It was so very well manifested in the recent Phulpur & Gorakhpur bypolls. In Phulpur and Gorakhpur during general elections in 2014, Congress begged a six per cent and four per cent votes. Forty five months down the line, in the recent bypolls, when there was a mass shifting of votes from the BJP's share, Congress's vote share further plummeted to an unbelievable two and & 2.6 per cent respectively.

So even if we consider a case where voters get alienated from BJP, they don't see Congress as an option.

The game of politics is simple. You need to keep some compelling reason alive for voters to vote for you. This compelling reason is of two types - either you generate a feeling among voters on macro-level i.e. on the broad national level, or you should have the grip on the votes due to regional reasons.

Take the case of BJP. BJP commands vote on both the accounts. People believe that BJP is a strong organisation with strong central leadership and thus it succeeds. Moreover, since BJP has strong regional presence and leadership (like UP chief minister Yogi Adityanath, Madhya Paradesh CM Shivraj Singh Chouhan and Chhattisgarh CM Raman Singh) and in most part of India BJP connects with voters well on regional issues/sentiments, it commands votes on this aspect too.

Regional parties like Shiv Sena, Trinamool Congress, Samajwadi Party, Bahujan Samaj Party, Telugu Desam Party and Rashtriya Janata Dal will keep floating for the time to come as they somehow or other will keep a connection on the ground with their understanding of the regional issues and their strong cadre at the grassroot level.

Congress fails miserably on both the accounts. They at this point in time, are far from being a national alternative under the almost non-existence central leadership. Over the years, weak leadership at the top has also resulted in steep depletion of its cadre across the nation. Barring Punjab, Rajasthan and to an extent Karnataka, Congress has completely lost base on the ground. The loss has gone to an extent and to a point that it is now more or less irreversible.

In this scenario, a united front under the leadership of Congress (read Rahul Gandhi) is highly improbable. Regional parties know the political acumen and patronage of Rahul Gandhi and simply shy away from any association with them. Taking a cue from the SP-Congress tie-up last year in UP assembly poll, regional parties now realise that any association with Congress will only weaken their regional selling points among voters. The crux is that regional parties may be interested to shake hand with anybody, but Congress.

So the way politics is going on these days and the way regional parties are trying to keep themselves afloat amid the Modi wave, it is likely that Congress will be left alone in the race and votes will get polarised towards BJP and regional parties in days to come.

It is high time that Congress leadership smells the coffee before it gets too late. By answering the questions of gatherings in Singapore and Malaysia, the Congress president will not garner support back home. He needs to make his party relevant for those who really matter i.e. Indian voters.