Now, demands being made to take away Chinese contractor's NCR tunnel contract 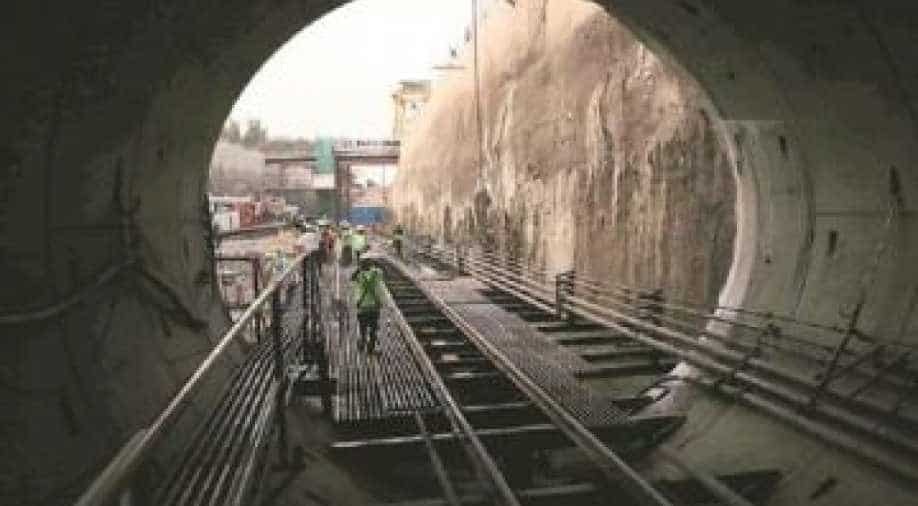 The citizens of the India are urging its government to Impose economic sanctions on Chinese companies, prevent them from entering Indian market and prohibit their access to India's large consumer base.

The loss of three Indian soldiers amid a faceoff with the Chinese army has triggered sentimemtal requests to act against it.

The citizens of the India are urging its government to Impose economic sanctions on Chinese companies, prevent them from entering Indian market and prohibit their access to India's large consumer base.

However, it is not practically possible until India can create compelling domestic alternatives

With the border issue going on, India has twisted China's economic arm. Recently, it created a great wall in front of Chinese investments.

A wall to protect ailing indian businesses from Chinese takeovers. The government tightened the FDI rules to scrutinise chinese investment..

However, it appears that the move is one-off because India is handing over its construction projects to Chinese firms for a tunnel near the national capital.

The company in question is STEC, Shanghai Tunnel Engineering Company.

It has emerged as the lowest bidder to carve an underground tunnel in the national capital region.

Five bidders participated in the process, including India's Larsen & Toubro but STEC made the lowest bid at 1,126 crore rupees.

The bidding process can be blamed for this. L&t had the second lowest bid at 1,170 crore rupees.

Now, demands are being made to give the contract to an Indian firm. Financial gains of a few crores today could jeopardise national security tomorrow.

No doubt the Chinese company's bid is backed by the Chinese government. Countries usually get carried away by such cheap Chinese services and lose sight of national security.

Worse still countries also lose self-reliance due to which domestic companies lose the edge and in time, they start losing projects in every bid.

Prime Minister Narendra Modi has called for self-reliance as a way to overcome the ravages of the pandemic, to get the economy back on its feet and to overcome the Chinese aggression at the border and, in business.