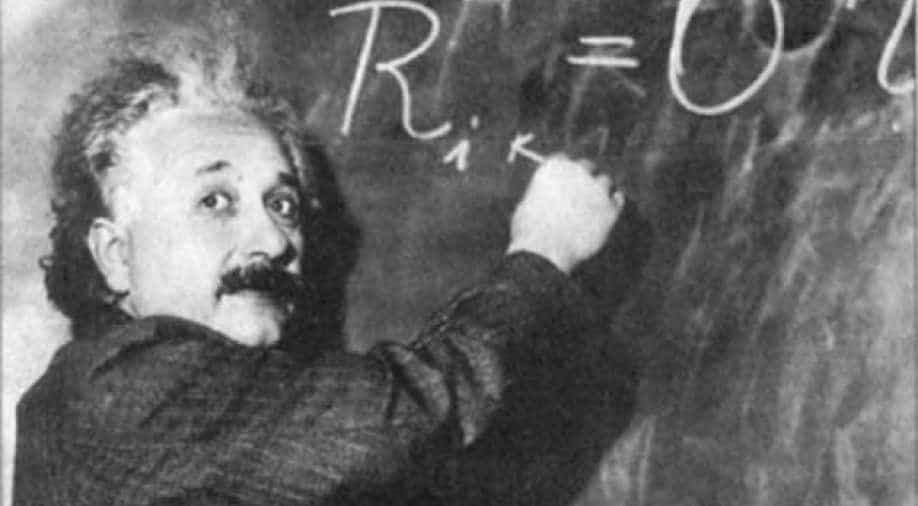 Einstein's had famously predicted the existence of gravitational waves in his general theory of relativity in 1916. Photograph:( Others )

Albert Einstein's had famously predicted the existence of gravitational waves at the Prussian Academy of Sciences in a paper on gravitational waves, published later under the title, "Approximate Integration of the Field Equations of Gravitation" in June, 1916.

The theory was based on small ripples in space-time that dash across the universe at the speed of light.

Einstein's hypothesis which was based on his general theory of relativity opened a pandora's box on how scientists viewed the cosmos and man's desire to understand the mysterious black holes. The great German Nobel laureate was able to arrive at this thesis using primitive technology which existed hundred years ago.

A century later, last year physicists as the Laser Interferometer Gravitational-Wave Observatory (Ligo) at a press conference in Washington announced the discovery of gravitational waves as scientists the world over, including India celebrated.

On Tuesday, US astrophysicists Barry Barish, Kip Thorne and Rainer Weiss were awarded the Nobel Physics Prize for the discovery of gravitational waves.

In fact, several Indian scientists had contributed to the discovery of the gravitational waves from the International Centre for Theoretical Sciences.

"It is something which is a dream come true," Professor Bala Iyer, from the International Centre for Theoretical Sciences in Bengaluru, told PTI.

Iyer part of IndIGO, the Indian Initiative in Gravitational-wave Observations had set up advanced experimental facilities, with appropriate theoretical and computational support, for a multi-institutional Indian national project in gravitational-wave astronomy.

"The people responsible for the Nobel prize today, they were the visionaries who basically dreamt about making this possible and worked very hard to get this collaboration to this particular point. I am very happy," PTI quoted Iyer as saying.

"It is a discovery of a phenomena predicted by fundamental physics and which manifests only in an astrophysical source," he said.

Rajesh Nayak from IISER-Kolkata told PTI that the Nobel Prize will encourage the new generation of Indian scientists to get involved.

"There are a huge number of Indians who are working on different aspects of the gravitational field. Each works based on their interest in the field that we now call 'gravitational wave astronomy'," Nayak told PTI.

"Sanjeev Dhurander and Bala Iyer basically started the field. Now many people have joined the team," he informed.

Sanjeev Dhurandhar had led a group at The Inter-University Centre for Astronomy and Astrophysics, Pune that had started work on developing techniques for detection of weak signals which would eventually lead to the detection of gravitational waves.