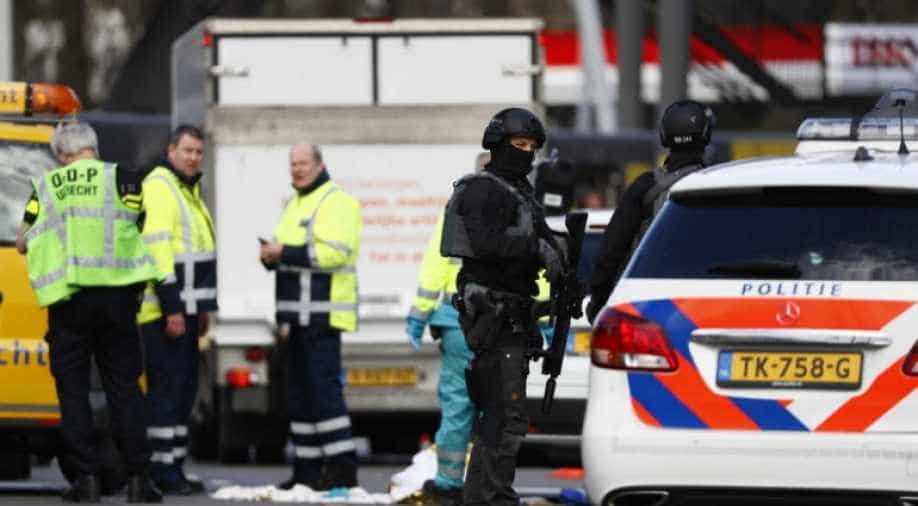 Head of Dutch counter-terrorism agency said that shooting was taking place at "several" locations at Utrecht city in Holland, Reuters reported after a gunman opened fire at a tram on Monday morning.

Regional tensions to be discussed during talks with Pakistan foreign minister Qureshi: China

China said on Monday that tensions between India and Pakistan following the Pulwama terrorist attack would figure in the first strategic dialogue between foreign minister Wang Yi and his Pakistani counterpart Shah Mehmood Qureshi on Tuesday.

After arriving in the coastal state, Modi reached the Kala Academy in Panaji where he paid his last respect to the 63-year-old senior leader. He met Parrikar's family members and offered his condolences to them.

The Supreme Court has said that acid attack is an "uncivilised and heartless crime" which does not deserve any clemency.

The apex court observed this while asking two convicts, who have already undergone five-year jail for throwing acid on a 19-year-old girl in 2004, to pay Rs 1.5 lakh each as additional compensation to the victim.