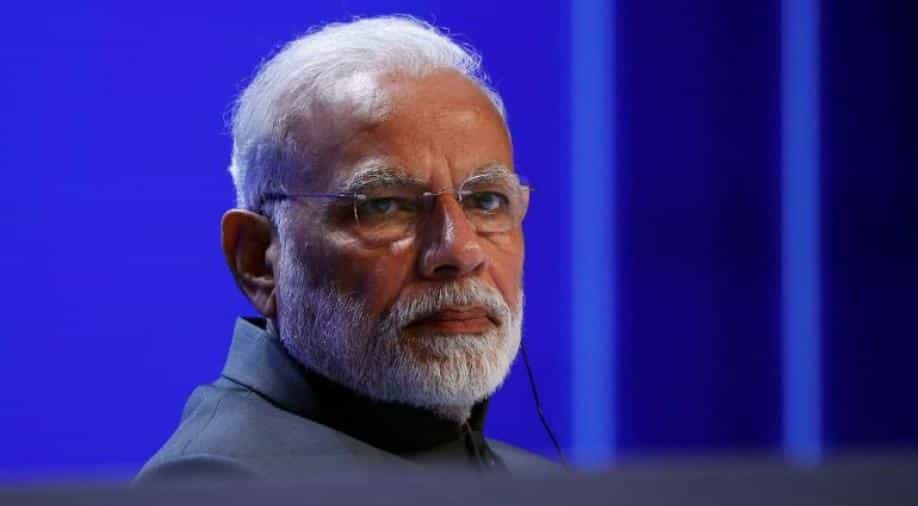 NASA's InSight spacecraft, the first robotic lander designed to study the deep interior of a distant world, touched down safely on the surface of Mars on Monday with instruments to detect planetary seismic rumblings never measured anywhere but Earth.

My advice to PM Modi is, exercise due restraint on language: Manmohan Singh

Former prime minister Manmohan Singh on Monday attacked Prime Minister Narendra suggesting that PM Modi must exercise due restraint and not use the "type of language which has now become common practice," news agency ANI reported.

The former PM added that the prime minister of a country must set an example for others.

US President Donald Trump said on Monday he expected to move ahead with raising tariffs on $200 billion in Chinese imports to 25 per cent from the current 10 per cent and repeated his threat to slap tariffs on all remaining imports from China.

In an interview with the Wall Street Journal four days ahead of his high-stakes meeting with Chinese President Xi Jinping in Argentina, Trump said it was "highly unlikely" he would accept China's request to hold off on the increase, which is due to take effect on January 1.

'There were children,' says migrant mother tear-gassed at US border

A migrant mother photographed running with her daughters from tear gas at the US-Mexico border said she never expected the US Border Patrol to fire gas canisters at children and families.

Three tear gas canisters shot from the US side landed around Maria Meza and her children, who range in age from toddlers to teenagers, she said in an interview at a Tijuana migrant shelter.

t takes courage to accept failure on a public platform. On Monday, Aamir Khan admitted that his last release 'Thugs Of Hindostan' had failed to live up to the expectations and took full resp[onsibility for the film's failure.