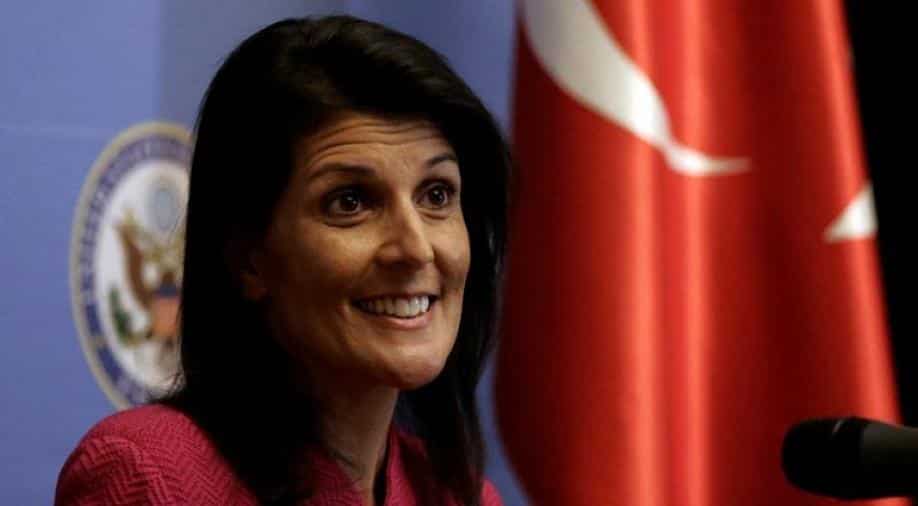 Five people are dead and several have been injured after the New Farakka Express train derailed near Harchandpur in Uttar Pradesh.

ANI reported that six coaches of the train ran off the tracks 50 metres from Harchandpur railway station.

Nikki Haley resigns from Trump cabinet, speculation is she might run against him in 2020

U.S Ambassador to the United Nations Nikki Haley exits President Donald Trump's cabinet as the most high-profile female member, potentially putting her back into play as a candidate for a Republican Party struggling with women voters.

In her out-of-the-blue announcement on Tuesday, Haley, 46, pointedly tried to shut down talk that she would run for any office in 2020, including challenging Trump in his re-election bid.

But that hardly stopped Washington from playing a new round in its favourite parlour game: Who's running for what? President, vice president and U.S. senator were all on the table.

US President Donald Trump said he has yet to read a UN report warning of global warming-caused chaos unless drastic action is taken and added that he is sceptical.

The landmark report released Monday said that time is running out to avert climate-induced disaster. The Intergovernmental Panel for Climate Change (IPCC) declared it had "high confidence" in its predictions.

At the White House, Trump said he has not read it yet.

US President Donald Trump said on Tuesday his second summit with North Korean leader Kim Jong Un would be held after US congressional elections on Nov. 6.

Speaking to reporters as he flew to Iowa for a political rally, Trump said: "It’ll be after the midterms. I just can't leave now."

US Ambassador to the UN Nikki Haley abruptly announced her resignation on Tuesday. Haley will step down at the end of the year.

There has been speculation that Haley might run against Donald Trump in the 2020 elections.

There has also been speculation as to who might replace Haley, with Trump saying might be his daughter Ivanka.