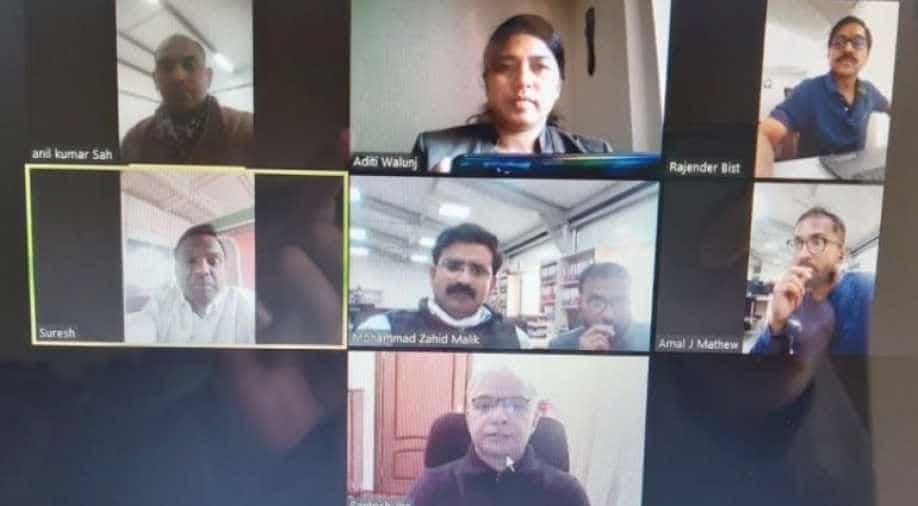 Uzbekistan has reported around 2300 COVID cases and 10 deaths with fast recoveries.

The Indian mission in Uzbekistan on Sunday was able to send back 21 stranded Indians and interestingly the same flight went back carrying stranded Uzbek nationals and HCQ Medicine to the country. Speaking exclusively to our Principal Diplomatic Correspondent Sidhant Sibal from Tashkent, India's envoy to Uzbekistan Santosh Jha said no case of COVID has been reported in the Indian community and mission before the pan Indian lockdown was announced sent back more than 100 Indian nationals stranded in the country. Uzbekistan has reported around 2300 COVID cases and 10 deaths with fast recoveries.

WION: How is the mission preparing for the mega repatriation plan that is due to start.

Santosh Jha: On Sunday, 21 Indian nationals were brought to India by Uzbek Airways flight. This was a special flight organised by govt of Uzbekistan aimed at bringing a large number of Uzbek nationals stranded in India. So we used this opportunity to go out to the Indian community and seek out those who are interested in travelling to India. Unfortunately only 21 were ready in the short notice given out to them and they were able to make it. Earlier on March 21, well before the restriction, we have put more recently we had 122 stranded Indian tourists sent to India by similar Uzbekistan airways special aircraft. So we have been able to repatriate a large number of Indians. Many Indians live on a permanent basis mostly workers, 1500. We 300 professional businessmen residing in Uzbekistan. We have been in regular touch with all of them. I have been holding video conferences with those who are far off, including those who are in Tashkent, with the various leaders who have created a network by which we regularly exchange situation reports. We are reaching out to them via social media, we have 24*7 emergency telephone lines for emergencies. We haven't had any COVID cases here among the Indians. We did have 34 odd people who were put in quarantine on India on arrival from India and other parts of the world in the early phase of the COVID crisis but they have all been now been taken out of the Quartinine and are healthy. We are very much in control, the Indian community very very cooperative and very very responsive.

Santosh Jha: I the first phase, we had a problem, because Uzbekistan gets a large number of Indian tourist. So people have come here for tourism and suddenly these flights were cancelled and no regular way of returning to India and that is when we got in touch and we found 122 such people and were able to put them on Uzbekistan airways flight. This was just one day before India put in place complete lockdown on all incoming passengers from outside. We were able to act timely and among those 122 passengers, there were 38 whom we provided accommodation and brought their tickets because they had exhausted all the money in the 7-8 days extra they had to stay. Since then we don't have people in that category. Most of the people have been able to fend for themselves and we have been in touch with them. One odd case, we had to provide accommodation for a while, the person has gone. we have one case of a medical emergency, the person was on Sunday's flight. The situation is more in control, as I said, most Indians who live here have permanent residences, they have establishments, they are earning money, living here either as professionals in factories or are businessmen. Some of these businessmen are in the pharma sector and they are contributing to COVID fight by supplying medicines and medical equipment to govt of Uzbekistan.

WION: How are India and Uzbekistan cooperating on COVID pandemic? EAM spoke to Uzbek FM

Santosh Jha: EAM spoke to Uzbek FM on Friday, before that a week ago deputy PM of Uzbekistan spoke to commerce and industry minister and they conversed how our respective approaches are going on in the fight against COVID and how we can cooperate in this fight. Incidentally, Uzbekistan flight which repatriated Indians will be bringing in medicines from India, which will be supplied to Govt of Uzbekistan--HCQ tablets. Uzbekistan govt had requested for--and I will be handing over to govt of Uzbekistan later tonight. We remain in touch and we have string cooperation, and cooperation has grown very very rapidly in the last year.

WION: How has the ground situation in Uzbekistan changed?

Santosh Jha: Uzbekistan has more or less followed the pattern that we see in India, the lockdown has been very similar, around the same time, it happened in India, and the response in term of how the numbers have come down has been very remarkable. A total number of people infected is around 2300 but what is remarkable has been recover rate which has been very high, almost 3rd of people who have been infected have recovered and infection rates have come down what is a most remarkable sight in this part of the world is that the number of deaths has been remarkably low. Out of 2300 people, about 10 deaths have been reported. If you follow some of our tweets, we also had a pet belonging to a family, who was sent back to India today and has been subjecting of some tweets by Indian customs.

WION: How have been Indian diplomats faring?

Santosh Jha: We are on the frontlines, we will certainly want to remain safe but we can't be aloof. We remain in touch with the Indian community.