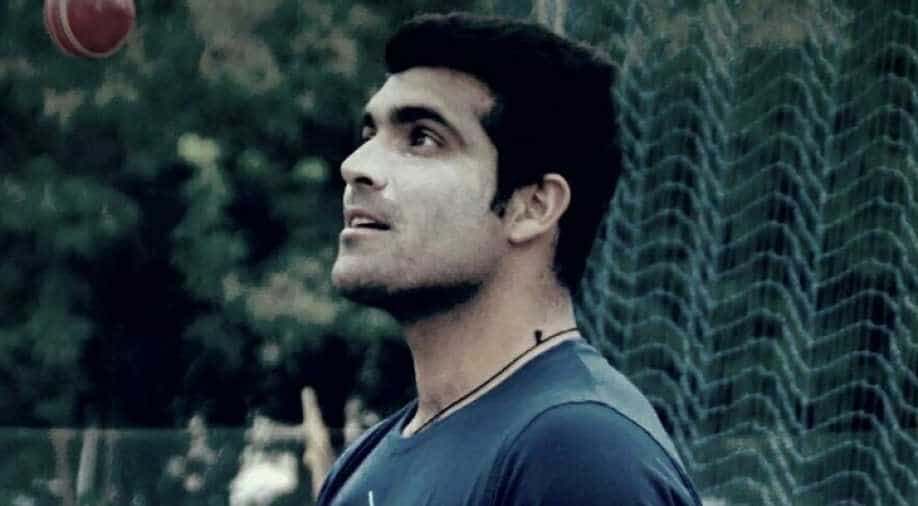 Meet Manzoor Ahmad Dar from Jammu and Kashmir, a 24-year-old batting all-rounder, from the Sumbal Sonawari village has made his way on the Indian Premier auction list.

The Indian Premier League auction which will be held on 27th and 28th January in Bengaluru. Manzoor is hoping his selection into an IPL team will pave way for the dream of his lifetime, which is wearing the blue jersey of Indian International cricket team.

Manzoor is a man of many talents - a weightlifter, kabbadi player, wood artist and a security guard - but has always had a passion for cricket, his coach and selectors swear by his raw talent and ability to hit balls out of the biggest grounds.

The 24-year-old is the sole bread earner in his family. He is the oldest of the five siblings and worked hard to make ends meet.

He is the first professional sportsperson of the Sonawari village of Kashmir. In the year 2010, he joined cricket club and started playing professional cricket.

Manzoor earned about Rs 3000 from his night job Owing to the poor financial condition, Manzoor’s friend would handover the salary to him and his total earnings for the month came up to a mere Rs 6000.

Now, Manzoor is all set to touch the stars. If selected for an IPL team, he would not just get a chance to play alongside the best cricket talent of the world but also come on the radar of international cricket.