Mall vandalised in Kurukshetra Haryana, suspected to be in protest against 'Padmaavat' 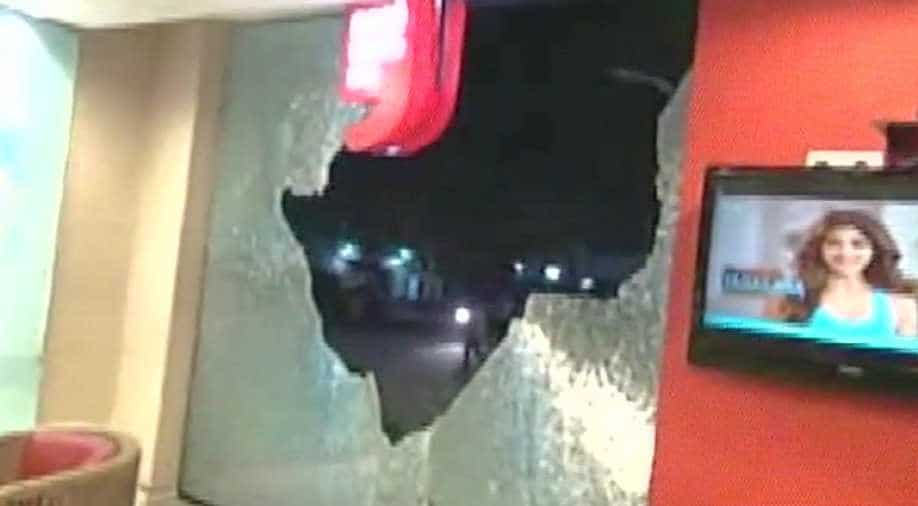 Police have identified few of the protestors and investigation is underway. Photograph:( ANI )

A mall in Kurushektra, Haryana has been vandalised by 20-22 miscreants allegedly in protest of "Padmaavat" renamed from Padmavati.

A mall in #Haryana's Kurukshetra vandalised by 20-22 miscreants allegedly in protest against #Padmaavat; eye-witnesses alleged a group of people opened fire & attacked the place with hammers & swords (21.01.18) pic.twitter.com/qN1Dh1As6n

According to the eyewitness, that protestors opened fire and attacked the place with hammers and swords, claimed by eyewitness.

We suspect this act was against #Padmaavat. 20-22 people suddenly entered the mall at 6:48 pm, vandalised it & escaped without saying a word. We have identified a few of them. Further Investigation is underway: #Haryana Police pic.twitter.com/ThAwR6S63d

The protesters fled the scene without having any words.

Police have identified few of the protestors and investigation is underway.

"Padmaavat" is facing protest across the Rajasthan by fringe groups, mainly from Karni Sena.

Haryana Chief Minister Manohar Lal Khattar asked that if cinema halls do not screen the film it would be good however he further assured that the security would be provided to halls screening the film.

The film "Padmaavat" previously banned in four states, Haryana, Rajasthan Gujarat and Madhya Pradesh, is now scheduled to release on January 25, a day before Republic day.