Major fire at Ahmedabad's ISRO research centre, no one hurt 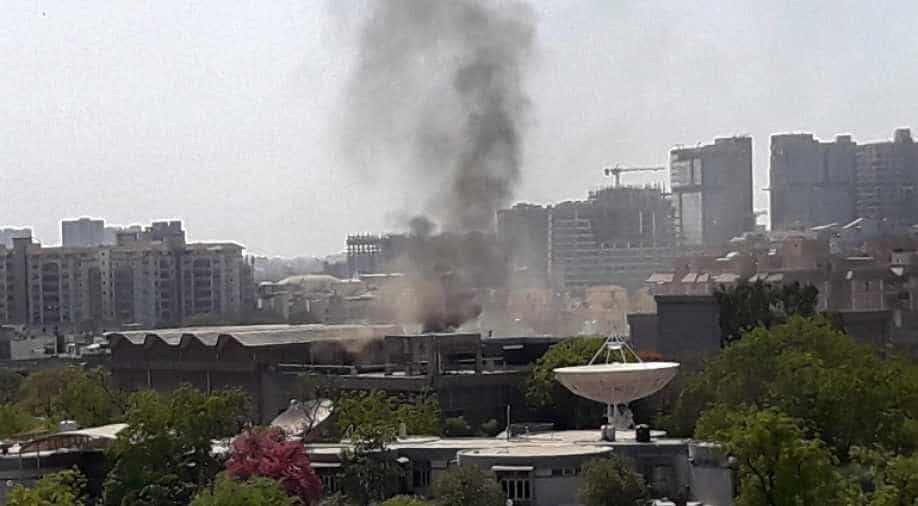 Smoke billows out of the Ahmedabad office of Indian Space Research Organisation (ISRO) where a fire broke out on Thursday afternoon. Photograph:( PTI )

A major fire broke out at a research facility located in the Space Application Centre (SAC) of the Indian Space Research Organisation (ISRO) here this afternoon, officials said.

Nobody was reported injured in the blaze, they added.

"A major fire broke out at the research centre inside the sprawling SAC campus in the Satellite area of the city this afternoon. As many as 25 fire tenders have been pressed into service by the Ahmedabad Fire and Emergency Services (AFES)," an AFES official said.

After being alerted about the incident, Additional Chief Fire Officer Rajesh Bhatt and other senior AFES officials rushed to the spot.

According to Bhatt, it would take a couple of hours to douse the flames completely.

"It will take another two hours to control the fire completely as thermocol sheets are still burning and emitting smoke. However, the fire has been brought under control and no one was injured," he said.

Ahmedabad District Collector Vikrant Pandey, who was also on the spot, said the blaze had engulfed the research centre building, that stood isolated.

"The fire will not spread to other buildings on the premises," he added.

"All our teams are at the site and it will soon be brought under control," Pandey added.

The SAC is a major research centre of the ISRO in the city, where payloads for satellite launched by the country are prepared. The centre was established by Vikram Sarabhai - the father of the Indian space programme.