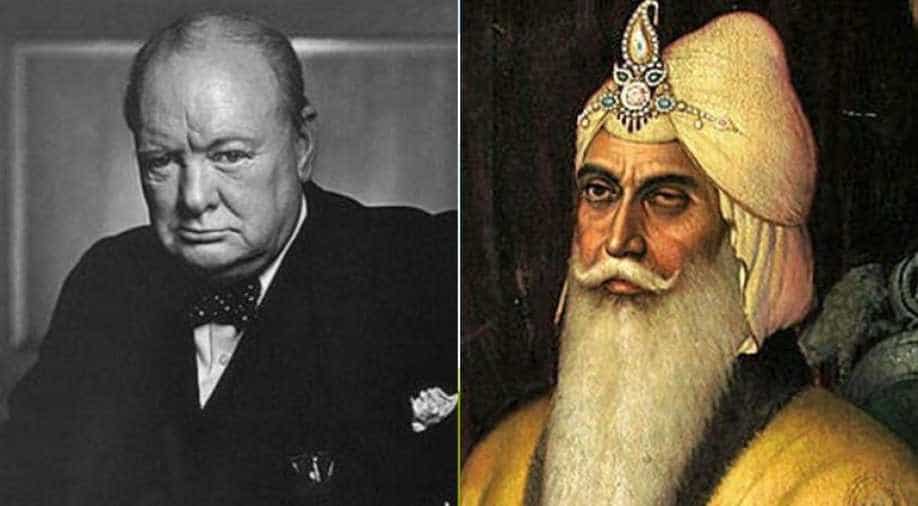 Polling more than 38 per cent of the vote, Singh was praised for creating a new tolerant empire.

Maharaja Ranjit Singh, the 19th-century ruler of the Sikh Empire in India, has beaten competition from around the world to be named the "Greatest Leader of All Time" in a poll conducted by BBC World Histories Magazine'.

Over 5,000 readers voted in the poll. Polling more than 38 per cent of the vote, Singh was praised for creating a new tolerant empire.

In the second place, with 25 per cent of the vote, is African Independence Fighter Amlcar Cabral, who united more than 1 million Guineans to free themselves from Portuguese occupation and in turn propelled many other colonised African countries to rise and fight for independence.

Britain's war-time Prime Minister Winston Churchill is at number three with 7 per cent of the vote for his quick decision and sharp political manoeuvring that kept Britain in the war.

Further down the list, American President Abraham Lincoln is at four and British monarch Elizabeth I is the highest-ranked female leader at five.

The nominations were sought from global historians, including Matthew Lockwood, Rana Mitter, Margaret MacMillan and Gus Casely-Hayford, who selected their Greatest Leader someone who exercised power and had a positive impact on humanity.

The resulting top 20 included some of the most celebrated leaders in history across the globe from the UK, the US, to Asia and Africa, including the likes of Mughal Emperor Akbar, French military leader Joan of Arc and Russian Empress Catherine the Great, with the list topped by Ranjit Singh.

"Though perhaps not as familiar as some of the other names on the list, Ranjit Singh's overwhelming success in our poll suggests that the qualities of his leadership continue to inspire people around the world in the 21st century, said Matt Elton, Editor of BBC World History Magazine' of leading historians.

"And, at a time of global political tensions, it's telling that Singh's rule is interpreted as representing ideals of tolerance, freedom and cooperation, he said.

Described as the Lion of Punjab, Singh's rise to power came after a period of economic and political uncertainty.

The magazine notes that by the early decades of the 19th century, he had modernised the Sikh Khalsa army, embraced western innovations without abandoning local forms and institutions, unified the fractious misls or states, stabilised the frontier with Afghanistan, and reached a mutually beneficial detente with the British East India Company.

Singh, however, was more than a mere conqueror. While the Indian subcontinent was riven with imperial competition, religious strife and wars of conquest, Singh was, almost uniquely, a unifier a force for stability, prosperity and tolerance, it notes.

Singh's name was nominated by Lockwood, who is assistant professor of history at the University of Alabama, as a modernising and uniting force, whose reign marked a golden age for Punjab and north-west India.

This golden age would not survive him. After his death in 1839, Ranjit Singh's empire of toleration unravelled. The British invaded, the Sikh empire collapsed and instability returned to the region, says Lockwood.

Though certainly an imperialist, Ranjit Singh represented a different, more enlightened, more inclusive model of state-building, and a much-needed path towards unity and toleration. We could still benefit from his example, he adds.