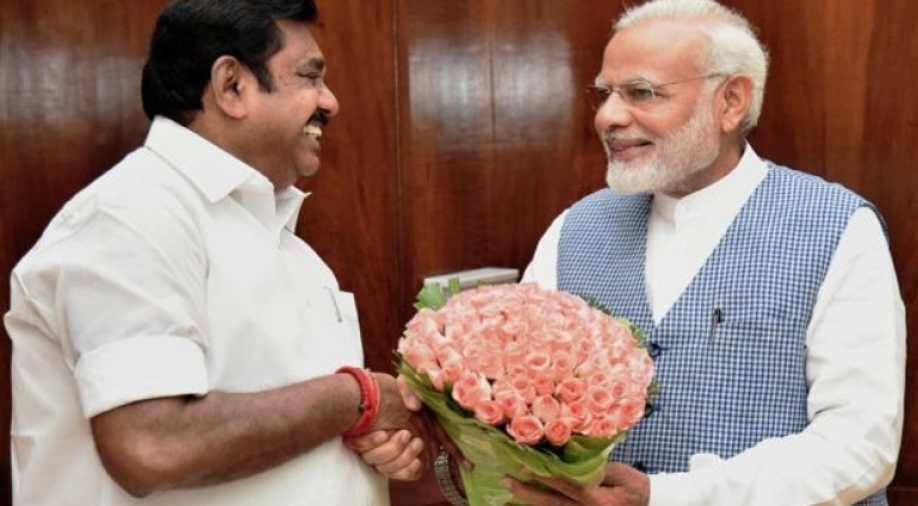 This came after the second and final round of discussions held here by the two parties that also involved Chief Minister K Palaniswami.

After Bharatiya Janata Party confirmed its alliance with the Shiv Sena in Maharashtra, AIADMK in Tamil Nadu and the BJP on Tuesday sealed an alliance for the coming Lok Sabha elections.

The BJP is allocated five of the 40 seats in the state.

The announcement was made by AIADMK coordinator and deputy chief minister O Panneerselvam and Union Minister and senior BJP leader Piyush Goyal, party election in-charge for Tamil Nadu, who described it as a "mega alliance".

He said as per the pact, the BJP would support AIADMK candidates in the coming Assembly by-elections in 21 constituencies.

This came after the second and final round of discussions held here by the two parties that also involved Chief Minister K Palaniswami.

Earlier in the day, the AIADMK clinched a deal with the PMK, offering the Vanniyar-based party seven out of 40 seats, including one in the neighbouring union territory of Puducherry.

In the 235-member Assembly, the AIADMK has 115 members followed by the DMK with 88, Congress eight, one of the IUML, one independent, the speaker and 20 vacant seats (18 disqualified and two dead). Besides, there is a nominated member.