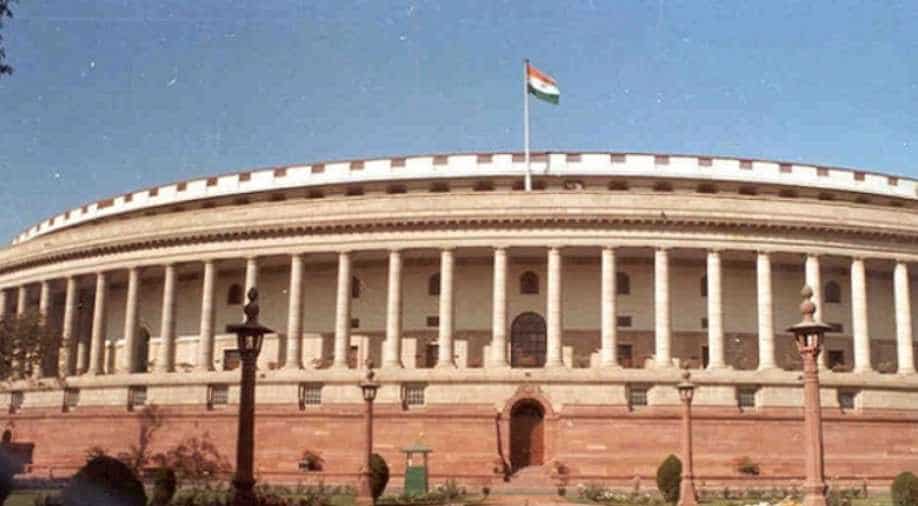 The Parliament was adjourned today after the Opposition's Congress party raised slogans over prime minister Narendra Modi's remarks against former prime minister Manmohan Singh during the campaign for the Gujarat assembly elections.

In the Lok Sabha, Congress leaders raised the issue of the remarks made against Manmohan Singh as soon as Speaker Sumitra Mahajan took up the Question Hour.

As Congress members were assembling in the Well and started to raise slogans, the Speaker adjourned the proceedings till noon initially. Slogans including "Doctor sahab se maafi maango (Apologise to Doctor sir" were raised by the opposition during proceedings, referring to former PM Dr Manmohan Singh.

PM Modi was present in the House as questions related to the Prime Minister's Office are listed on Wednesday. Also Read: Storm gathering, BJP & Congress to spar over 'Pakistani dinner' in winter session of Parliament

In the Upper House, proceedings were adjourned first during the Zero Hour as opposition members disrupted proceedings by trooping into the Well and raising slogans and then again in the Question Hour when similar scenes continued.

The pre-lunch proceedings in the Rajya Sabha were washed out after Chairman M Venkaiah Naidu said there was no question of giving an apology.

"This is not the way. Nobody is going to give an apology. Nothing happened in the House. The statement was not made here," Venkaiah Naidu said when the house reassembled at noon after the first adjournment.

Congress and other opposition members created an uproar, demanding that the prime minister come to the House and clarifiy his remarks against Manmohan Singh.

During a poll campaign in Gujarat, PM Modi had claimed that Manmohan Singh and former vice president Hamid Ansari had attended a secret meeting at Congress leader Mani Shankar Aiyar's house in Delhi which was also attended by former Pakistani foreign minister Khurshid Mahmud Kasuri and the Pakistani high commissioner to India. The PM claimed that the Gujarat elections were discussed with the Pakistani minister and envoy.

On Tuesday as well, the Congress party staged a walkout from the Lok Sabha after seeking an apology from PM Modi over his remarks against Manmohan Singh for an alleged "secret meeting with Pakistani officials".

On Monday, the Lok Sabha and the Rajya Sabha were adjourned for the same reason.

The winter session of Parliament began on December 15 and will conclude on January 5 next year.