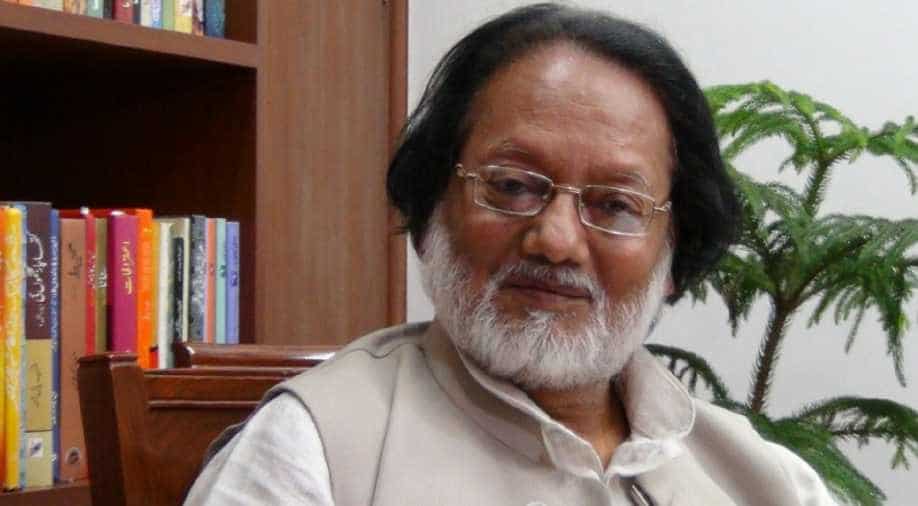 The 70-year-old poet died on January 2 in the morning. Photograph:( Twitter )

It was a sad start to 2018 for the world of Indian poetry with news of passing away of legendary poet Anwar Jalalpuri coming to fore.

The 70-year-old breathed his last at 9:15 a.m, according to his surviving son Shahkar.

In a statement, Shahkar said, "On 28 December, my father went for a bath but didn't come out for long. When we broke open the door, we found him lying unconscious. He was admitted to KGMU (hospital)."

The last rites of the poet are scheduled for tomorrow in his native village of Jalalpur in Ambedkarnagar district.

Jalalpuri is survived by a wife and three sons.

Some of his important literary works include "Rahrau se Rahnuma Tak", translations of "Gitanjali" and "Bhagwat Gita" in Urdu, along with dialogues for TV serial "Akbar the Great".