After couple is beaten up in Kolkata metro, youngsters offer free hugs to travellers 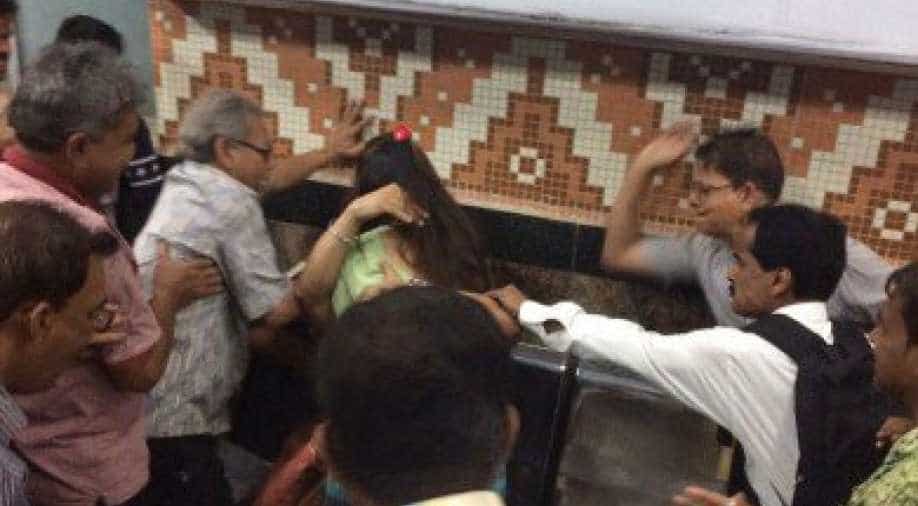 After a couple was thrashed and forced out of the Dum Dum Metro Station in Kolkata on Tuesday, many youngers on Wednesday offered free hugs to people outside Dum Dum metro station and Tollygunge metro station as a mark of protest against moral policing.

"Hugging is not something visually perverted, it's a sign of affection," protesters said.

The Kolkata Metro officials in an official statement on Facebook said that they were trying to look into the incident, saying that no complaint had been registered. "We are trying to get to the bottom of it," said the organization, adding that it was against "moral policing".

Reports say that the couple had been standing in the senior citizen compartment because there was a lot of rush, because of which the boy had kept his hand on the girl's shoulder for protection. The two were initially verbally harassed by the crowd when finally the girl replied and the situation got worse.

Speaking out against the incident, noted author Taslima Nasreen tweeted: "A young couple embraced in Kolkata metro. It made a bunch of frustrated old losers angry. They beat them up. Scenes of hatred are allowed. Scenes of love are considered obscene."

Youngsters offer 'free hugs' to people outside Dum Dum metro station in kolkata', as a mark of protest against people who had reportedly beaten up a couple for hugging in the metro. Protesters say,'Hugging is not something visually perverted, it's a sign of affection' #WestBengal pic.twitter.com/Hr3UwVXfpY