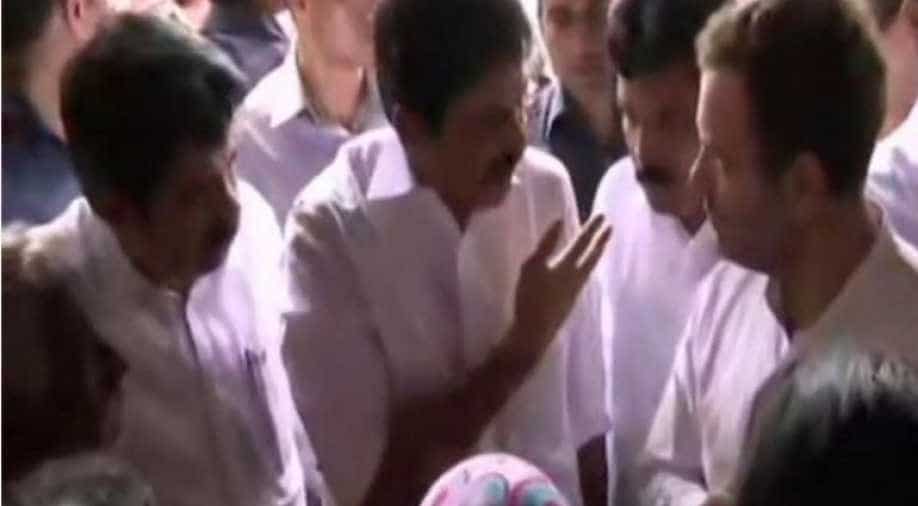 Rahul Gandhi was seen interacting with locals with the help of local leaders.  Photograph:( ANI )

The Congress leader had on Sunday visited a relief camp at Boodanam Church in flood-hit Malappuram district and reviewed the relief measures.

Congress leader Rahul Gandhi on Monday distributed relief materials to people in his Lok Sabha constituency Wayanad, one of the worst flood-affected districts in Kerala.

Gandhi, who visisted a relief camp in Kaithapoyil in Wayanad, said that he has sought immediate help and support from Chief Minister Pinarayi Vijayan and Prime Minister Narendra Modi.

"As your MP, I called the Chief Minister and requested him to provide help as aggressively as possible. I also called the Prime Minister and explained to him the tragedy that has taken place here and the need for support from the Centre," he said.

The Congress leader had on Sunday visited a relief camp at Boodanam Church in flood-hit Malappuram district and reviewed the relief measures.

Twelve people have lost their lives in Wayanad while seven are missing, according to the Kerala Chief Minister's Office.

Heavy rains and floods in the state have claimed 76 lives. Fifty people are missing in the affected districts.

The National Disaster Response Force (NDRF), Army and the local authorities are carrying out rescue operations.