Kashmir decision was taken with full thinking, says Ram Madhav at 'The Huddle' 2020 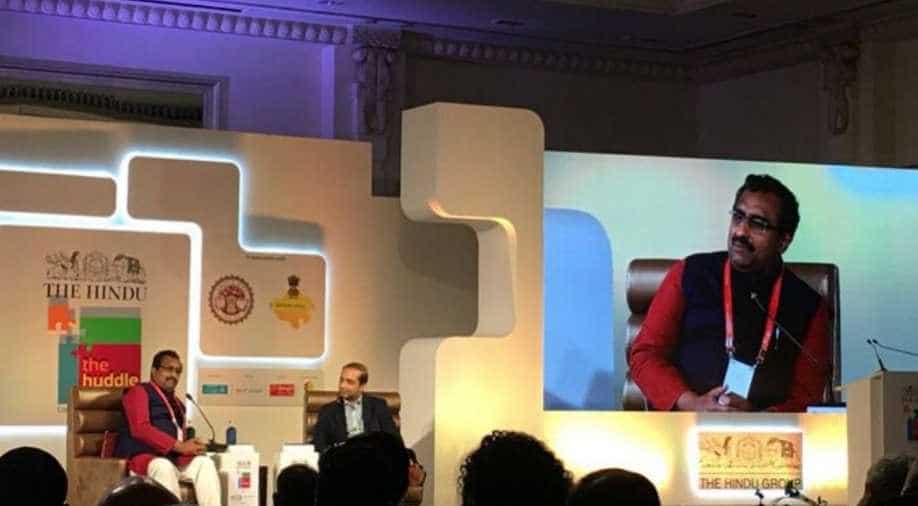 The second day of the fourth edition of 'The Huddle' 2020 began with a keynote address by Sri Lanka's former Prime minister Ranil Wickremesinghe.

During his address in the two-day conclave organised by India's leading daily, the Sri Lankan leader spoke about India's role in South Asian politics and his nation's challenges. The event was inaugurated by President Ram Nath Kovind on Saturday.

"SAARC countries have 1% of world exports, ASEAN has 8%. We need more regional integration if we want a greater place in the world," Wickremesinghe also said.

The event then moved to the second session where former cricketer Anil Kumble and The Hindu Sports Editor KC Vijayakumar, held a candid conversation on " Indian sport: An Insider's perspective".

Recalling his initial days as part of the Indian team, Kumble said, "When I first came into the team, there were a lot of doubts, reports suggesting that I could just restrict a batsman. That I needed doctored pitches.... these questions were always there. Even post-retirement, in Delhi someone asked me how it feels to have 600 wickets without spinning the ball.

"When I look back, I am satisfied with what I have been able to do."

National General Secretary of the Bharatiya Janata Party, Ram Madhav was also among the distinguished guests in the event.

"Kashmir is not a gambit, it's a decision taken with full thinking. It's not brought about suddenly. We have been consistently for the past 70 years that we will do away with Article 370. From 1954 successive governments have diluted it," the senior BJP leader said while referring to the abrogation of Article 370.

WION's Executive Editor moderated "Tomorrow's leaders: Youth as a force in politics" during which Ritesh Pandey, Tejaswai Surya and Sasmit Patra, members of Parliament, discussed the role of students politics in our country.

As a product of students' politics my self, "I will always support the active participation of students in politics,"  Surya also said.