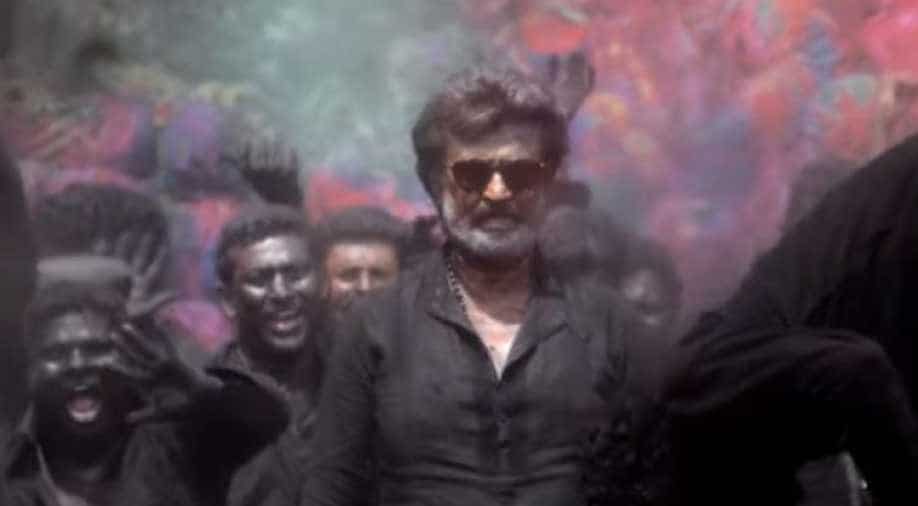 The movie will hit multiplexes on April 27. Photograph:( Others )

It has only been a day since the teaser of megastar Rajinikanth's much-awaited movie 'Kaala' has been released. In under 24 hours, the teaser has garnered a whopping 68 lakh while continuing to break the internet.

Rajinikanth's son-in-law and celebrated actor Dhanush's production house Wunderbar Studios is behind the creation of the action-packed Tamil flick which is directed by the maker of 'Kabali', Pa Ranjith.

The teaser opens by actor Nana Patekar asking "What kind of a name is Kaala?", Rajinikanth appears in the next frame exclaiming that Kaala stands for the colour black and also for the 'God of Death'.

The teaser shows the 'Thalaivar' clad in an all-black attire, indulging in jaw-dropping action sequences. The background score rendered by Santhosh Narayanan is gripping and keeps the viewer on the toes as the teaser paces towards the end where the Tamil superstar exclaims, "You have not quite seen my downright rowdyism, you will!".