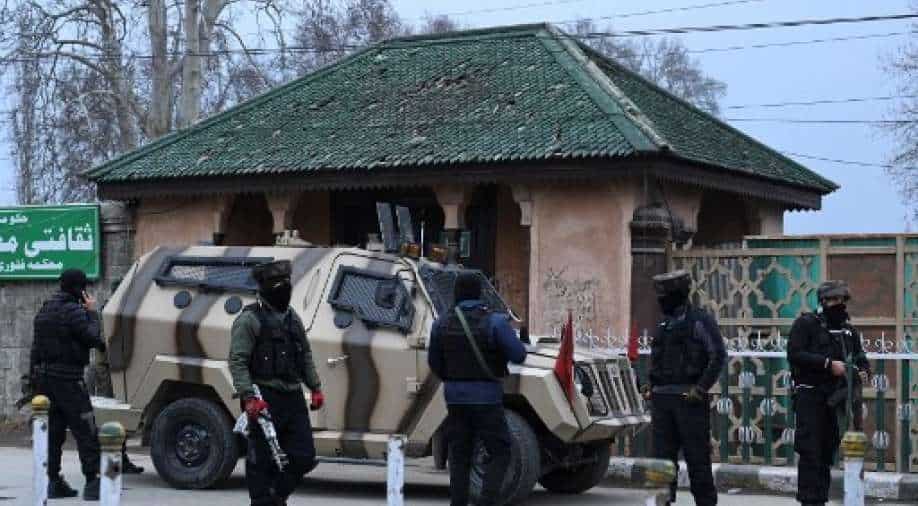 At least three terrorists were killed in an encounter with security forces in Jammu and Kashmir's Pulwama district on Wednesday.

Reports said the terrorists belonged to Jaish-e-Mohammad(JeM) with one of them being a Pakistan national.

Police said they had recovered a large number of arms and ammunition including 2 M-4 carbines and rifles.

The security forces cordoned off the area in Chandgam village as the encounter broke in the area.

On Tuesday, two Lashkar-e-Taiba (LeT) terrorists were killed by security forces in J&K's Kulgam district. Police said the terrorists were involved in several terror cases in the area.

On Monday there were two separate encounters between terrorists and police personnel including the CRPF in the Harwan area on the outskirts of Srinagar as two terrorists linked to Lashkar-e-Toiba (LeT) were killed.