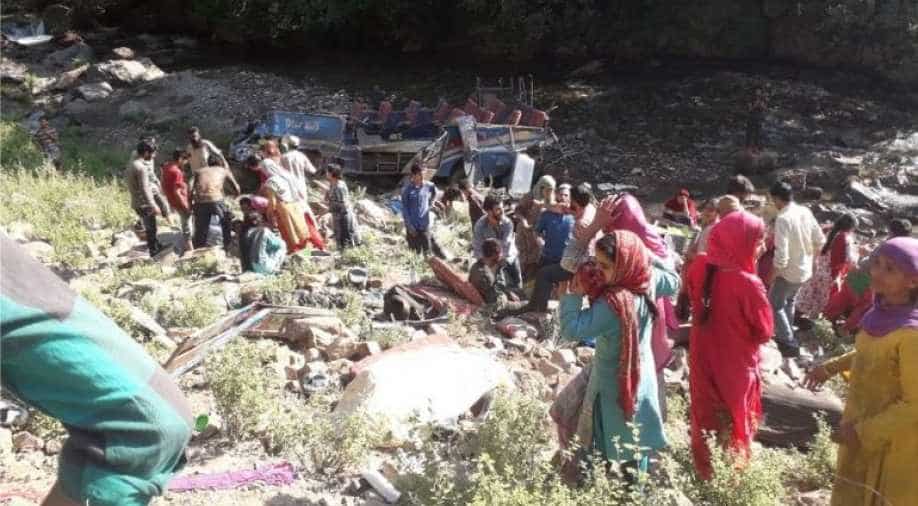 According to a report, the overloaded minibus was travelling from Keshwan to Kishtwar.

At least 35 people lost their lives after a matador vehicle fell into a gorge on Sunday in Jammu and Kashmir's Kishtwar district.

Deputy Commissioner of Kishtwar, Angrez Singh Rana: 10 dead and 7 have been injured after a matador vehicle coming from Keshwan to Kishtwar fell into a gorge, today. #JammuAndKashmir pic.twitter.com/hTqhRcVzPO

Seventeen people were also injured in the incident out of whom three have been airlifted to Jammu for the treatment. Rest are being treated in a nearby hospital.

Another helicopter also flew to Kishtwar to airlift more injured.

According to a report, the driver lost control of the overloaded minibus while it was travelling from the Keshwan to Kishtwar causing the accident.

Rescue efforts have been launched as police and administration officials immediately rushed to the spot. Locals are also helping officials in the rescue efforts.

Meanwhile, Union Home Minister Amit Shah extended his condolences to the families of lost their "loved ones" in the incident.

"Extremely saddened to learn about the loss of lives due to a road accident in Kishtwar, Jammu and Kashmir," Amit Shah said, adding, "My deepest condolences to the families of those who lost their loved ones."

"I pray of the speedy recovery of those injured," he also said.