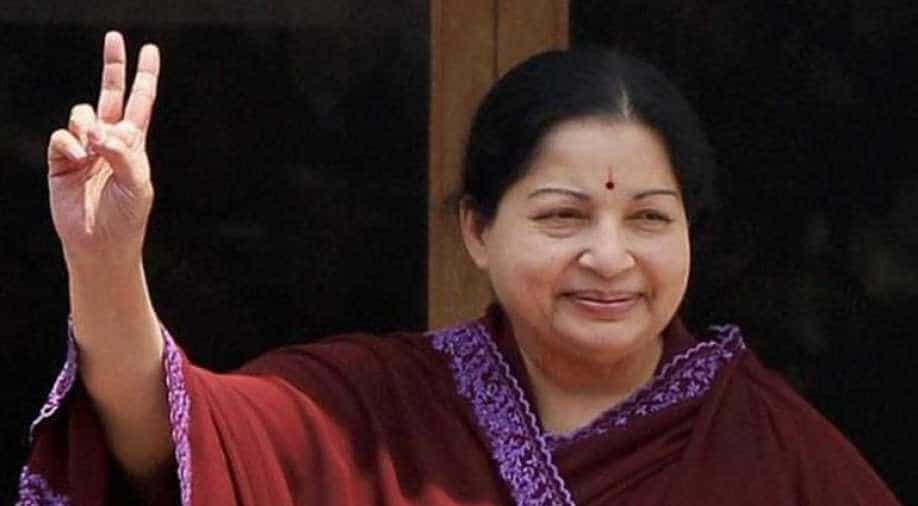 The news of Jayalalithaa's death was officially announced at 11.30 pm on December 5. Photograph:( Zee News Network )

The news of Jayalalithaa's death was announced to the public at 11.30 pm on the night of December 5, and O Panneerselvam was hurriedly sworn in as chief minister on December 6.

Jayalalithaa had died at Apollo Hospital in Chennai.

Divakaran said Wednesday that the hospital authorities had delayed the announcement of her death so that the safety and protection of its personnel and various branches could be ensured.

Also read: The making of 'Amma' -- the audacious and vulnerable Jayalalithaa

Apollo had denied the allegation.

Jayalalitha was admitted to Apollo Hospital in Chennai on September 22, 2016. She was at the time suffering from fever and dehydration.

Jayalalithaa stayed in hospital for 75 days, and there has been much controversy over her death and when exactly it took place.

An inquiry commission led by a retired judge is currently investigating the death.

Divakaran's allegation was made while addressing a public meeting on the occasion of late chief minister and AIADMK founder MG Ramachandran's birth anniversary at Mannargudi in Tiruvur district of Tamil Nadu.