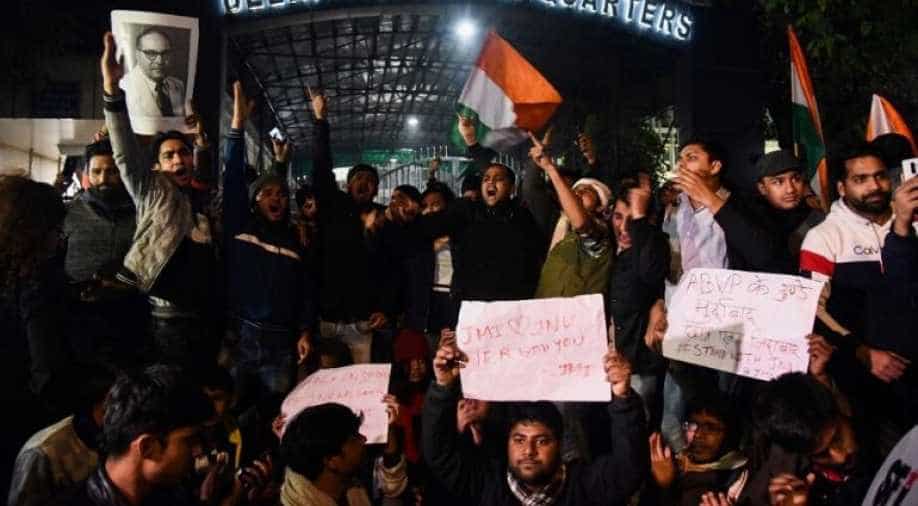 At least 23 people were hurt as a result of the violence at Jawaharlal Nehru University. Delhi Police conducted flag march in a bid to reestablish law and order in the campus on Sunday night.

Several masked men entered the campus of Jawaharlal Nehru University (JNU) on Sunday and attacked students in the Sabarmati hostel.

"People came from outside, armed with sticks and rods. The situation is grim in the University. So, I am leaving the campus for now," a student of JNU said.

Several students were injured in violence by the masked perpetrators and were rushed to AIIMS with cases of head injuries and bleeding.