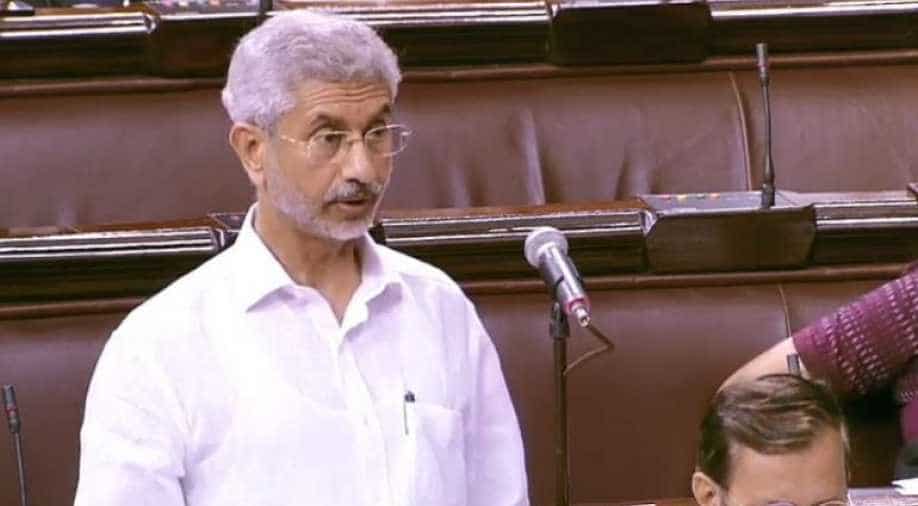 'We have alerted our Embassy @IndiainItaly to extend all help,' the EAM wrote on Twitter.

External Affairs Minister S Jaishankar on Saturday said that the Indian Mission in Italy have been alerted to extend all help in the case of four Sikh men from Punjab who died after drowning in a slurry tank on a dairy farm near the northern Italian town of Pavia.

"We have alerted our Embassy @IndiainItaly to extend all help," the EAM wrote on Twitter while retweeting a post of Punjab Chief Minister Amarinder Singh on the same issue.

"Saddened to hear about the death of 4 Punjabi men drown in a farm manure tank near Pavia, Italy. Request @DrSJaishankar to instruct the Indian Mission in Italy to help get the mortal remains back to India," Singh had tweeted on Friday.

According to British media reports, investigators suspect that the four were chocked to death by carbon dioxide fumes from cow manure.

They believe that three died after jumping in the tank to rescue a worker who had been emptying it.

While brothers Prem and Tarsem Singh owned the farm, the other two were employees.

Prem and Tarsem had registered their farm in 2017.

The victims' wives raised the alarm when the men failed to turn up for lunch on Thursday.

They rushed to the scene and spotted one body in the sewage.

The wives then called in firefighters who donned masks and emptied the tank to recover all the bodies.

Pavia is located about 45 kilometres from Milan.Meanwhile, the Italian media reported that the Singhs` farm at Arena Po, producing milk and veal cattle, is one of the biggest in the Pavia region.