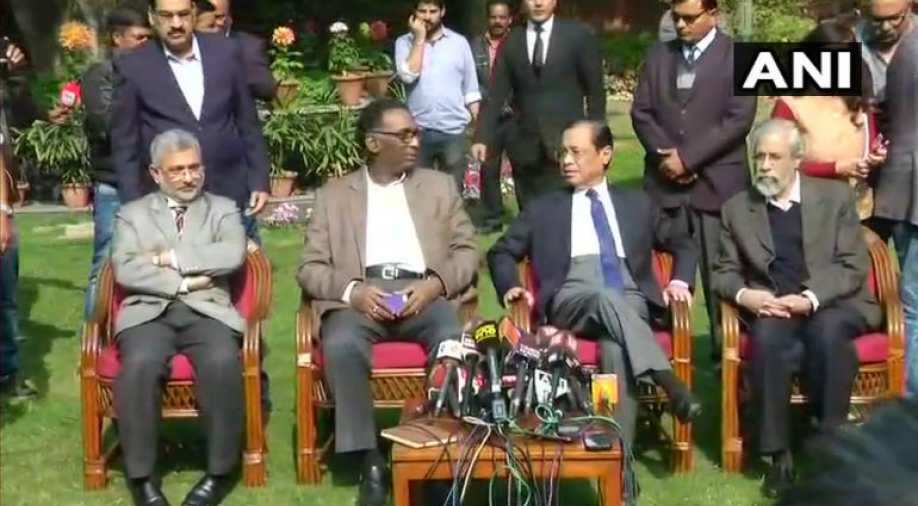 The issues raised by the four senior Supreme Court judges in the unprecedented press conference on Friday are an "internal" matter of the judiciary, highly placed sources said, indicating that the government is unlikely to interfere.

The government has no say in it and does not wish to interfere, the sources said.

It is an internal matter of the judiciary, the sources in the government said.

However, they also added that the apex court should settle the issue at the earliest as the faith of the people in the judiciary is at stake.

In an unprecedented move, four senior-most judges of the Supreme Court today called a press conference and said the situation in the top court was "not in order" and many "less than desirable" things have taken place.

The second senior judge after the Chief Justice of India, Justice J Chelameswar, said, "... Sometimes administration of the Supreme Court is not in order and many things which are less than desirable have happened in the last few months".

The other judges who were present at the press conference were Justices Ranjan Gogoi, M B Lokur, and Kurian Joseph.

Official sources in the law ministry said Law Minister Ravi Shankar Prasad has not met Prime Minister Narendra Modi in this regard so far.