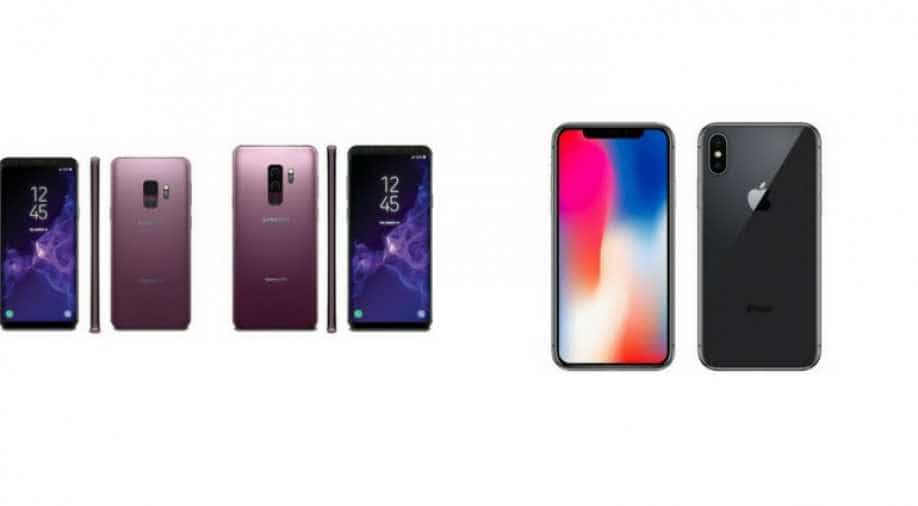 Samsung launched its flagship Galaxy S9 smartphone on Sunday and people are already talking about its comparison with Apple's iPhone X.

Although Samsung has similar appearances, it comes with several new exclusive features and upgrades including the latest Exynos 9810 SoC (Qualcomm Snapdragon 845 SoC in some regions), improved cameras, and new AR emojis. Apart from that, the Galaxy S9 series bears full-screen displays with an 18.5:9 aspect ratio.

Samsung's biggest focus has been on visual applications with its introduction of AR Emoji which rivals Apple's iPhone X feature called Animoji which allows a user to take a selfie and turn it into their own custom emoji. The camera can track a person's face and mimic their facial expression on the digital version of themselves too. Samsung is introducing a similar feature with the S9, but rather than using existing emojis it will let you create an avatar of yourself and animate that instead. These can be shared as videos of animated GIFs via email or text message.

Samsung has included the S9 Plus with two cameras - a wide-angle, and a telephoto, similar to the iPhone X and both capture at a resolution of 12 megapixels which is als. Samsung even mounts the two lenses of the S9 Plus vertically something Apple also does with its flagship.

The difference is in the low-light performance. While taking a picture with S9 and S9+, one can capture 12 images at the same time and then compares all exposures to build a single picture that includes all the right specifications required but with little grain and noise as possible. The iPhone X, on the other hand, processes high-dynamic range photos, taking three images at different levels of light exposure to combine them to produce a richer, more balanced image.

Also, Apple comes with built-in storage of upto 256GB but does not offer any expansion with a removable SD memory. But Samsung does with the S9. It’ll have 64GB built in, but it supports Micro SD cards with up to 400GB of additional capacity.