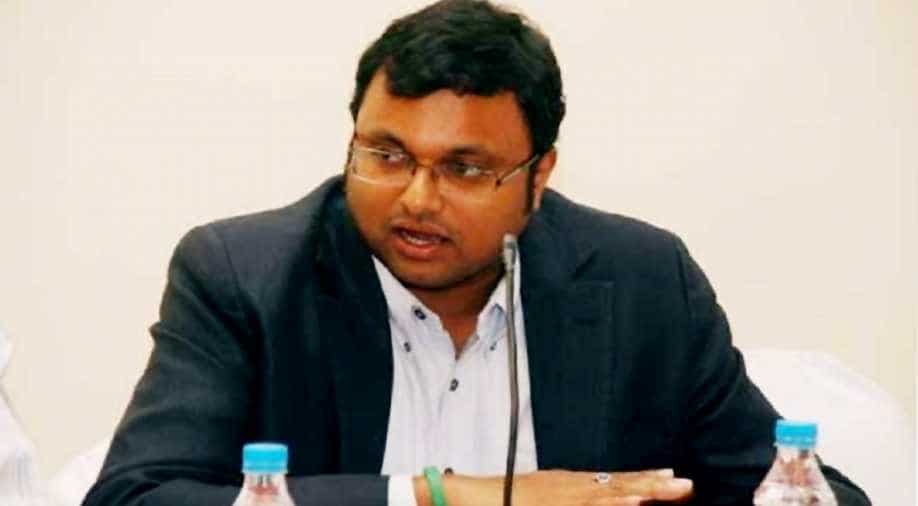 The CBI said there has been substantial progress in last four days into the investigation into the INX Media case Photograph:( Zee News Network )

A special CBI Court on Tuesday extended the agency's custody of Karti Chidambaram by three more days in the infamous INX Media case, after his previous five-day custody expired today.

The investigating agency produced Karti before a Delhi court and sought an extension of his custody to quiz him in the INX Media corruption case.

Arguments on #KartiChidambram's bail plea to be held on 9th March. #INXMediaCase

The agency said new revelations have come up and his custodial interrogation was necessary to confront him with the new facts.

"New revelations in the matter have come up day before yesterday. Cannot divulge much about investigation but we need his further custody to confront him with the new facts," Mehta told the court and also opposed Karti's bail plea saying that the investigation was at "crucial stage" and the CBI needs two weeks time to file detail reply to his bail application.

Earlier in the day, the Supreme Court refused to grant any interim relief to son of former Finance Minister P Chidambaram, on his plea seeking protection from arrest by the Enforcement Directorate.