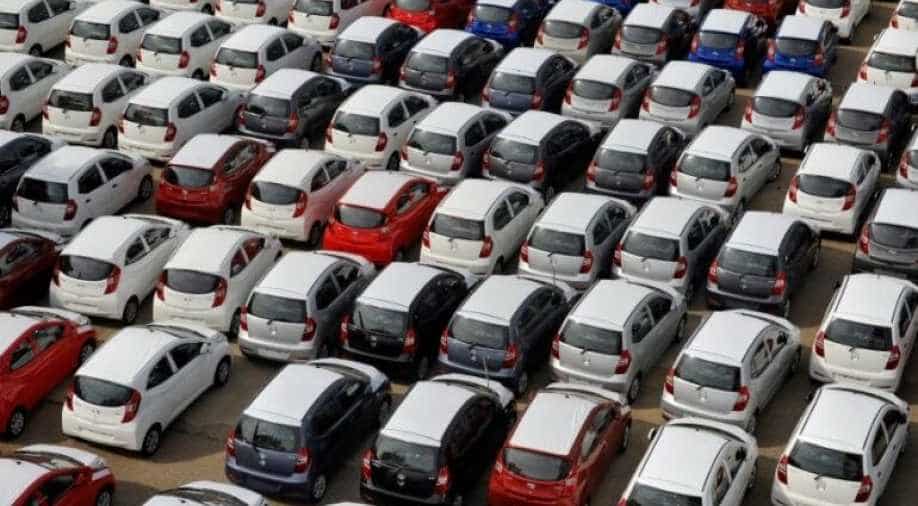 Hyundai cars ready for shipment are parked at a port in Chennai. Photograph:( Reuters )

India's domestic passenger vehicle sales fell for the ninth straight month in July, an auto industry body said on Tuesday, amid a deepening crisis in the country's automobile sector that has triggered large-scale job losses.

Sales of passenger vehicles to car dealers fell 30.9 per cent to 200,790 in July, data released by the Society of Indian Automobile Manufacturers (SIAM) showed.

The data also showed that domestic passenger vehicle production was down nearly 17per cent in the month.

"The data shows an urgent need for a revival package from the government. The industry is doing everything possible to increase sales but it needs government support to prevent the crisis from worsening," Vishnu Mathur, director-general of SIAM, told reporters in New Delhi.

India's S&P BSE auto sector index has fallen 23 per cent this year, with the country's top automaker Maruti Suzuki's market valuation falling 18.3 per cent since the beginning of this year.

The fall in car sales comes at a time when demand for consumer goods is falling and what is seen as a major sign of an economic slowdown in India, amid a liquidity crunch in the country's shadow banking sector that has impacted the availability of credit in the market.

India's auto sector is cutting tens of thousands of jobs citing slumping sales of cars and motorcycles, with many companies forced to shut down factories for days and axe shifts.

The downturn - regarded by industry executives as the worst ever suffered by the Indian auto industry - is posing a big challenge for Prime Minister Narendra Modi's government as it begins its second term at a time when India's jobless numbers are climbing.

The domestic auto industry demanded tax cuts and easier access to finance for dealers and buyers at a meeting with Indian government officials last week to discuss the sector's woes, to revive sales that have slumped.