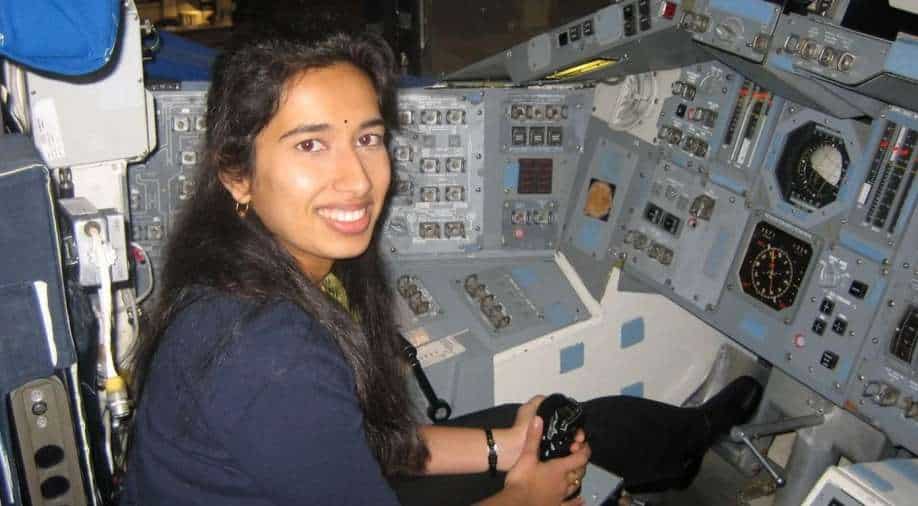 As NASA's Perseverance rover landed on the Martian surface, it was Indian-American scientist, Swati Mohan, who led the guidance, navigation, and control operations. Photograph:( Twitter )

Swati Mohan was also the first to confirm that the rover had sucessfully touched down on the Martian surface after surviving a particularly tricky plunge through the atmosphere of the Red Planet.

An Indian-American scientist, Swati Mohan, played a pivotal role in landing NASA's historic Perseverance rover on the Martian surface on Friday. She leads the guidance, navigation, and control operations of the US space agency's Mars 2020 mission.

Mohan was also the first to confirm that the rover had successfully touched down on the Martian surface after surviving a particularly tricky plunge through the atmosphere of the Red Planet.

"Touchdown confirmed! Perseverance safely on the surface of Mars, ready to begin seeking signs of past life," flight controller Mohan announced, prompting her colleagues at NASA to fist-bump and break into celebrations.

Touchdown confirmed. The #CountdownToMars is complete, but the mission is just beginning. pic.twitter.com/UvOyXQhhN9

Mohan emigrated from India to the US when she was only a year old. She said during the cruise phase heading towards Mars that their job was to figure out how the spacecraft was oriented, and make sure it is pointed correctly in space -- "solar arrays to the sun, antenna to Earth, and maneuver the spacecraft to get it where we want to go."

She said during the "seven minutes of terror" leading to the entry, descent, and landing on Mars, GN&C determines the position of the spacecraft and commands the maneuvers to help it land safely.

Raised in the Northern Virginia-Washington DC metro area, she completed her bachelor's degree from Cornell University in Mechanical & Aerospace Engineering, and her MS And PhD from Massachusetts Institute of Technology (MIT) in Aeronautics/Astronautics.

Mohan says she got interested in space after watching the popular TV show Star Trek when she was 9.

"Seeing the beautiful depictions of the new regions of the universe that they were exploring. I remember thinking 'I want to do that. I want to find new and beautiful places in the universe.' The vastness of space holds so much knowledge that we have only begun to learn," she had told NASA.

Mohan noted that her passion for space increased further when she took her first physics class at the age of 16.

Over the course of her career with NASA, Mohan has worked on the Cassini mission to Saturn and GRAIL -- a pair of formation flown spacecraft to the Moon, and has been a mainstay with the Mars 2020 mission since its beginning in 2013.