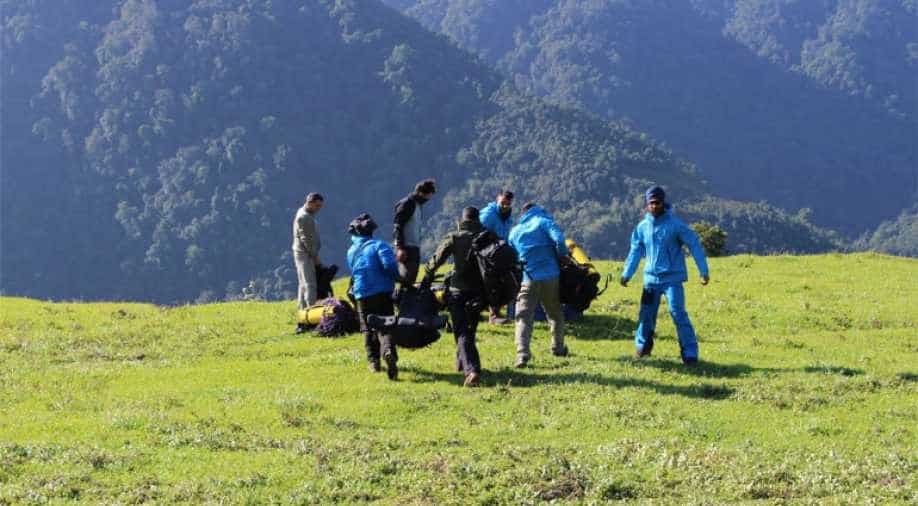 As per reports, the black box of transport aircraft has also been recovered.

Indian Air Force's search and rescue team has recovered bodies of all 13 personnel who were aboard IAF's missing AN-32 aircraft.

As per reports, the black box of transport aircraft has also been recovered. Choppers would be used to carry the dead bodies from the crash site, news agency ANI reported.

The search team, which reached the AN-32 crash site on Thursday morning, did not find any survivors.

All 13 bodies and black box of the #AN-32 transport aircraft recovered. Choppers would be used to ferry the bodies from the crash site in Arunachal Pradesh. pic.twitter.com/CN4d5ekl5t

Adverse weather conditions and difficult terrain had halted the progress of the rescue team on Wednesday, forcing them to camp overnight.

However, a team comprising of IAF mountaineering team, including four from the Indian Army and two civilians, reached the site earlier today only to find no survivors.

The families of the 13 personnel have been informed that there were no survivors, the IAF said.

The wreckage of the plane was found around 16 kilometres north of the Lipo area in Arunachal Pradesh on Tuesday at a height of twelve thousand feet.

The AN-32 aircraft with 13 personnel on board had taken off from the Jorhat air base in Assam around 12:25 pm on June 3. The aircraft was headed for Mechuka - an advanced landing ground in Arunachal Pradesh closer to the Chinese border.

The transport aircraft lost contact with the radar and ground staff and did not reach the Mechuka air base at its scheduled landing time at 1 pm the same day.  The wreckage of the aircraft was located following an eight-day search operation.

Political parties should not give tickets to candidates with criminal background, ECI tells SC