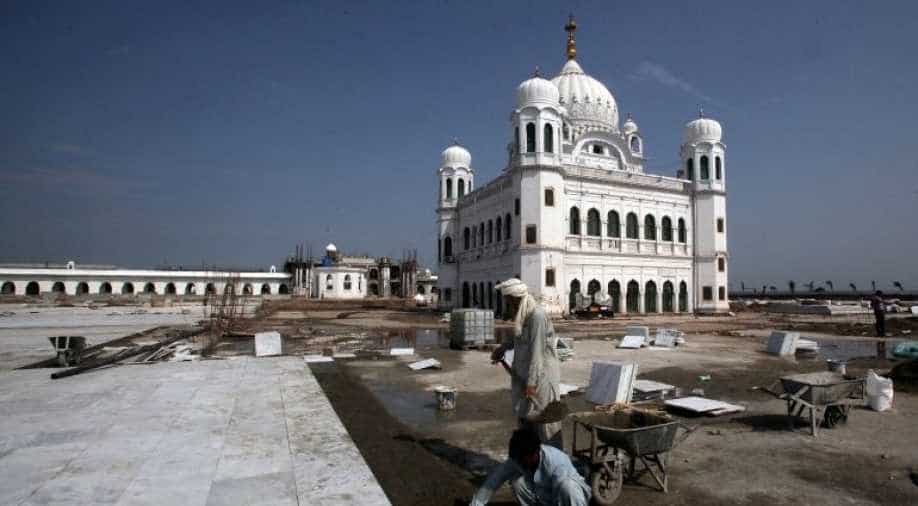 Sources added that Pakistan has not yet allowed any team from India to visit Kartarpur Sahib in advance to confirm the arrangements made for the inaugural 'jatha'.

India is yet to receive a confirmation from Pakistan on a list of prominent Sikh leaders and other dignitaries who are part of the inaugural 'jatha' visiting Gurudwara Darbar Sahib through the Kartarpur corridor on November 9, government sources said on Tuesday.

Sources added that Pakistan has not yet allowed any team from India to visit Kartarpur Sahib in advance to confirm the arrangements made for the inaugural jatha. In addition, the country has unilaterally decided the programme and timing of the pilgrims without taking into account India's inputs in the matter.

External Affairs Ministry spokesperson Raveesh Kumar had said last week that India has shared the list of people visiting the Gurudwara with Pakistan so as to seek visas for them."Pakistan tries to project that it is trying to facilitate Sikh pilgrimage, and we have not heard from them. In fact, we hear that the visas will not be granted. We feel that it is disrespect to the sentiments of Sikh pilgrims, especially on this pious occasion of 550th birth anniversary of Guru Nanak," Kumar had said.

Sources added that Pakistan Prime Minister Imran Khan's tweet stating that no passports will be required to undertake the pilgrimage has created confusion among the pilgrims as to what documents they should carry as the Memorandum of Understanding (MoU) signed between the two countries in this regard mentions the requirement of carrying passports.

In addition, no offer has been made by Pakistan to amend the MoU in light of Khan's tweet.

Critical information such as medical facilities available and security arrangements for the pilgrims have also not been shared with India yet. India has all along remained strongly committed to expeditiously realize the Kartarpur corridor on time, keeping in mind the sentiments of the pilgrims.

The construction work on India's side has been completed on time, and New Delhi even agreed to go ahead with the MoU despite Pakistan's insistence on levying a $20 service fee on the pilgrims.

Pakistan's refusal to extend full cooperation with India in the matter is against the spirit of pilgrimage, sources said.

India and Pakistan had signed an agreement on the modalities for operationalising Kartarpur Sahib corridor on October 24, paving the way for its inauguration ahead of the 550th birth anniversary of Guru Nanak Dev.