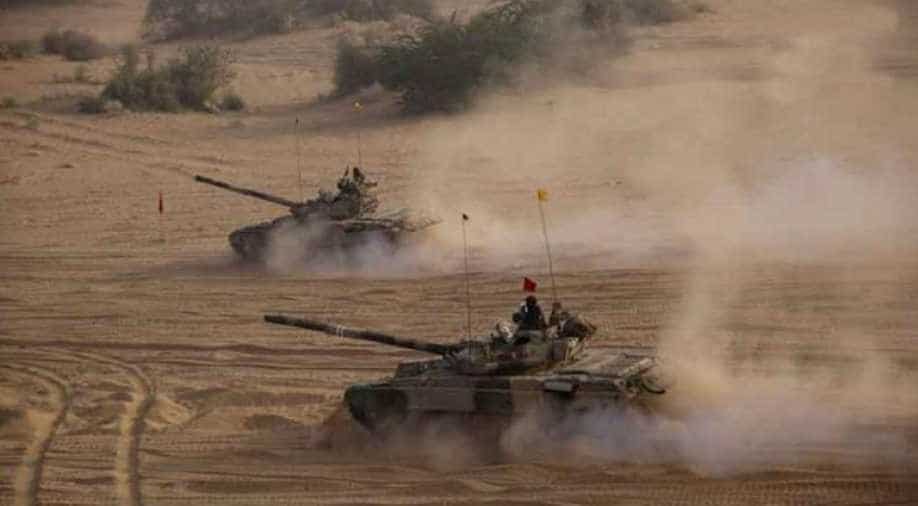 In an ambitious defence project, the government has started work on incorporating artificial intelligence (AI) to enhance the operational preparedness of the armed forces in a significant way that would include equipping them with unmanned tanks, vessels, aerial vehicles and robotic weaponry.

The move is part of a broader policy initiative to prepare the Army, Navy and the Air Force for next-generation warfare and comes amid rising Chinese investments in developing critical applications of AI for its military.

Secretary Defence Production Ajay Kumar said the government had decided to introduce AI in all the three forces as it would be a "big area" considering the requirements of future warfare.

He said a high-powered task force headed by Tata Sons Chairman N Chandrasekaran was finalising the specifics and framework of the project, which would be implemented in a "partnership model" between the armed forces and the private sector.

Like many other world powers, India had also started work on the application of AI to boost the capabilities of its armed forces, Kumar said, adding that unmanned aerial vehicles, unmanned naval vessels, unmanned tanks and automatic robotic rifles as weapon systems will have an extensive use in future wars.

"We need to create capabilities for all these platforms," he said.

Military sources said the project would also include the production of a range of unmanned platforms for the three services.

They said the forces were strongly pushing for extensive applications of AI in their operational preparedness on par with leading global military powers.

The sources said the application of AI in the surveillance of India's borders with China and Pakistan could significantly ease the pressure on armed forces personnel guarding the sensitive frontiers.

China has been pouring in billions of dollars into AI research and machine learning. Last year, it unveiled an ambitious plan to make the country the AI innovation centre of the world by 2030.

The US, Britain, France and the European Union are also investing significantly in AI, an area of computer science devoted to the creation of intelligent machines.

The US has been carrying out successful operations targeting terrorist hideouts in Afghanistan and Northwest Pakistan using unmanned drones which operate with the help of artificial intelligence.

"AI is going to be a very big concept in the coming years. Major countries of the world are now working on strategies to see how AI can be used for defence forces. We are also moving ahead. What is unique about this initiative is that we have industry and defence forces working jointly," Kumar said.

He said the recommendations of the task force were likely to come in by June and then the government would take the project forward.

"India has a fairly strong IT industry base and that is going to be our biggest strength in terms of developing AI capabilities," said Kumar, who has been playing a key role in pushing forward the project.

Kumar said a framework was being finalised under which industry and defence forces could work together to create a strong base for AI in defence systems.

"We need to work on a partnership model which should be different from a buyer- seller proposition while fully leveraging capabilities of the industry," he said, adding state-run Defence Research and Development Organisation (DRDO) would be a major player in the project.

Kumar said there was an enormous potential for the use of AI in the civilian sphere as well and the task force was also looking into it.