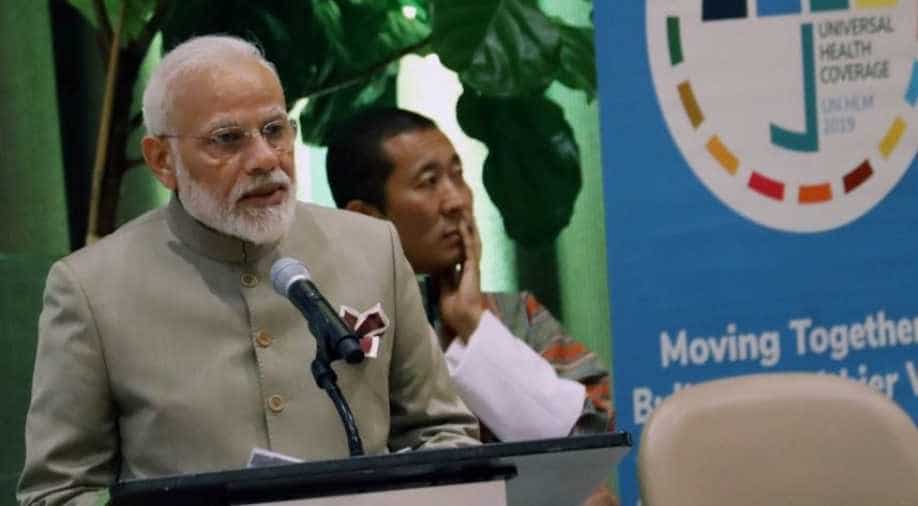 Speaking at the United Nations, the prime minister said that terrorists should not be allowed to get funds and arms for this objective to be realised.

Prime Minister Narendra Modi has called for the need to avoid politicisation of UN listings and the Financial Action Task Force (FATF), stating that the only way to defeat terror is through development.

Speaking at the United Nations, the prime minister said that terrorists should not be allowed to get funds and arms for this objective to be realised. "We need to avoid the politicisation of mechanisms like the UN listings and the FATF and these mechanisms should be enforced and strengthened," he said.

This is an important development given the fact that Islamabad has been saying that New Delhi is pushing the country to blacklist that will impact the economy.

Briefing the media on the meeting led by Jordan and New Zealand, secretary west Gitesh Sarma said, "the PM called for global solidarity and readiness against terrorism in the same way as the world has shown solidarity against challenges like climate change... and terrorist act anywhere should be considered as terrorism and not good or bad terrorism".

India has supported Christchurch's call to sanitize cyberspace from contents that promote terrorism, hate and violence.

PM Modi also called for the need to institutionalise counter-terror cooperation at a multilateral level and help in capacity building of friendly countries in the region.

Interestingly, India was mentioned by French President Emmanuel Macron during his opening speech at the conference. Macron expressed his appreciation for its association for the Christchurch call.