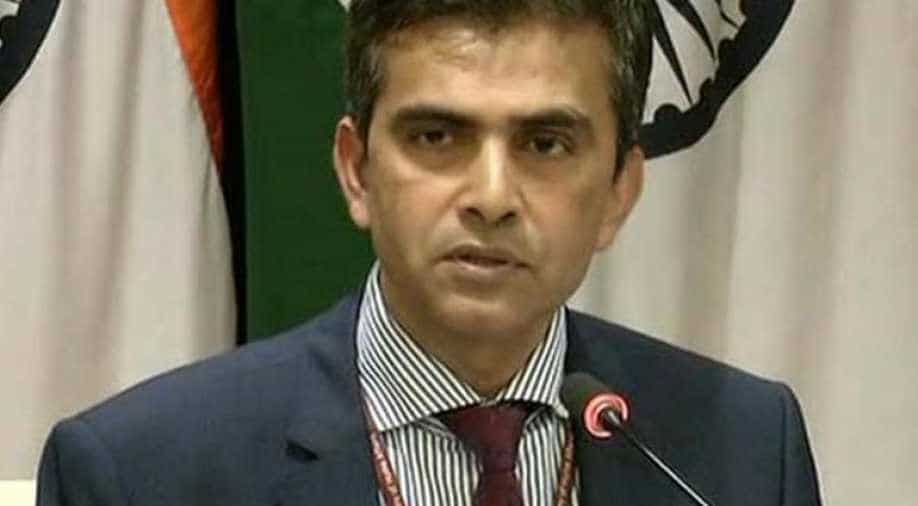 MEA spokesperson Raveesh Kumar said, 'the South China Sea is part of the global commons. India, therefore, has an abiding interest in the peace and stability in the region.'

India has reacted to Chinese intrusion into Vietnam's exclusive economic zone where India's ONGC and Russia's Rosneft have their blocks stationed. New Delhi has called for unimpeded lawful commerce in the region and that differences should be resolved peacefully.

Reacting to a question during the weekly Ministry of External Affairs presser in Delhi, spokesperson Raveesh Kumar said, "the South China Sea is part of the global commons. India, therefore, has an abiding interest in the peace and stability in the region."

Reiterating India's stand for "freedom of navigation and over-flight, and unimpeded lawful commerce in the international waters in accordance with international laws, notably UNCLOS", Raveesh said, "differences must be resolved peacefully by respecting the legal and diplomatic processes, and without resorting to threat or use of force".

While Russia hasn't issued any official statement, it has taken cognizance of the development.

The intrusion that began on August 13, the second of its kind this year, saw Bejing placing two of its coast guard ships near ONGC's block. Overall, in the second intrusion, 6 coast guard ships, 10 fishing ships and 2 service ships along with H6 bomber, fighter aircraft and mid-air refuelers have spotted hovering in the area. The first intrusion began on July 3 and Chinese ships left on August 7.

This is the third major intrusion by the Chinese since 2011. In 2011, the Chinese had cut Vietnamese cables; in 2014, Beijing had placed a drilling platform which was later withdrawn.