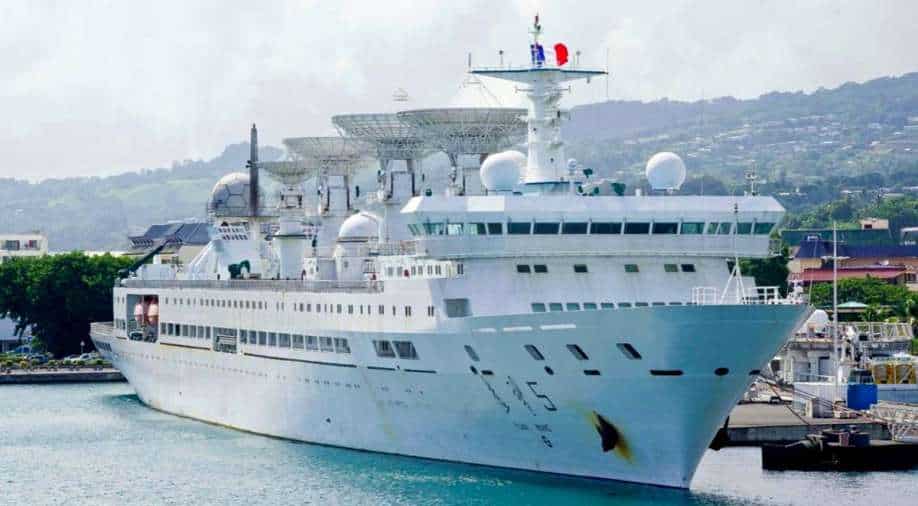 A Chinese research vessel’s impending visit to Sri Lanka has sparked security alarm in India, with the officials raising concern that the ship might be used for spying on third countries.

On Sunday, Sri Lankan Navy said that it has allowed a Chinese research vessel— Yuan Wang 5—to dock at the country’s southern deep-sea Hambantota port this month. The port is located in the hometown of the Rajapaksa family and has been developed largely with Chinese loans.

According to PTI news agency, Yuan Wang 5 is expected to arrive on anywhere between August 11 and August 17 for replenishment. It is expected to conduct satellite control and research tracking in the north western part of the Indian Ocean region through August and September.

Economic Times newspaper reports that the ship has an aerial reach of more than 750 kilometres, theoretically extending its reach to India’s southern places such as Kalpakkam, Koodankulam, and the atomic research centre.

Apart from that, it can gather information about vital installations in southern India including the ports of Kerala, Tamil Nadu, and Andhra Pradesh.

India’s concerns stem from the fact that the port was leased to China Merchant Port Holdings after Sri Lanka failed to repay the loans. This has sparked fears of the potential use of the port for military purposes, according to the Indian newspaper.

India has said that it carefully monitors any development having a bearing on its security and economic interests.

"The government carefully monitors any development having a bearing on India's security and economic interests and takes all necessary measures to safeguard them," he said on Thursday.

Though there is no comment by the ruling establishment in Sri Lanka, The Hindu newspaper has reported that the Indian government has raised the matter with President Ranil Wickremesinghe.

Citing an official source in Colombo, the Indian newspaper said that the matter “was raised at the highest level by the Indian side”.