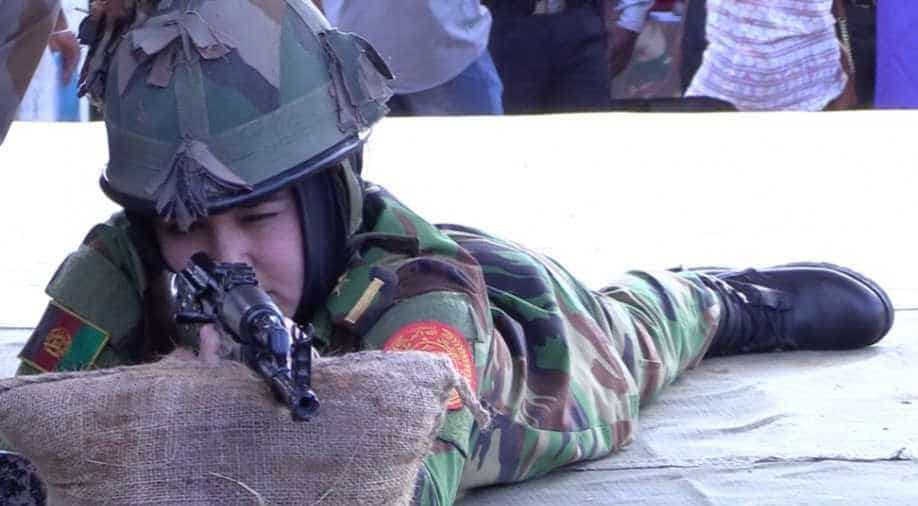 Officers ranging from the Lieutenant to Captain ranks are being imparted field training, tactical knowledge, weapons training and physical training at the Academy since November 24.

A special cadre of 20 women officers of the Afghanistan National Army (ANA) has been undergoing training for over three weeks at the Indian Army Officers Training Academy in Chennai, as a part of India’s efforts to improve bilateral ties with Afghanistan.

Officers ranging from the Lieutenant to Captain ranks are being imparted field training, tactical knowledge, radiotelephony, weapons training and physical training at the Academy since November 24.

The Officers are also being coached in basic communicative English, computer training.

"We are being exposed to English classes, computer training, Ak-47 firing and much more. There is a major difference in the overall training regimen, as it is much more challenging and of higher standards in India. Here in the Indian Army, there is very strict discipline being maintained and there is an added emphasis on being punctual. India’s Army is very professional and there’s a lot of honour in doing one's duty", Captain Sonya Noori told WION.

In comparison, the officers also find differences in the marching style and the salute that is followed in India. While officers in Afghanistan stomp while marching, in India the feet must be raised at around 45 degrees, as the heel portion hits the ground. In terms of the salute, the Indian Army follows a salute that exposes one's palm to their superior, whereas the Afghan Army's salute is done in a manner where the palm faces downwards.

Imparting the training isn’t as simple as it seems, due to the language barrier, as most Afghan officers are not conversant in English or Hindi. That’s where the two interpreters from the Indian Army and the interpreter from the Afghan Army come into the picture. They ensure that the language barrier is bridged by ensuring that Pashto and Dari and translated to English, Hindi and vice versa.

Beyond the military training that hardens the body and mind, there’s also the Bollywood connect that draws Afghans towards India. With a smile, the officers stated that Bollywood movies were aired almost daily on Afghan television channels, and recalled names of their favourite actors, Ajay Devgn, Salman Khan, Katrina Kaif.

Thanks to the Hindi that they learnt from watching and observing Bollywood flicks, two Afghan Officers, even took questions from journalists in Hindi and responded in fluent Indian language.

With nearly 10 more days of training to go, the women officers from Afghanistan are a confident lot, hoping that they would be able to make the most of their training, by sharing the knowledge with their juniors and colleagues back in their home country.

With a sense of pride and responsibility, they said, "We chose a career in the Army as it is our nation’s necessity".